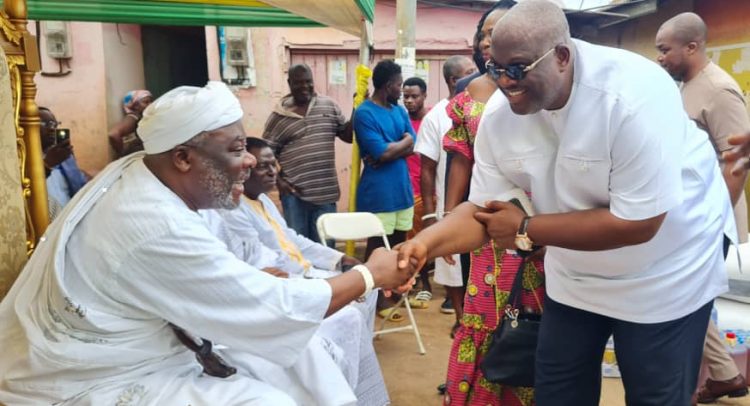 The Greater Accra Regional Minister, Henry Quartey, has called on the people of Ga-Adangbe to refrain from engaging in acts that can undermine cultural festivals which are important tools for national cohesion.

He said, “We cannot underestimate the importance of festivals in Ghana. Festivals amongst other things have brought about peace and also united all of us in one way or the other as a people. This has strengthened the bond between families and communities, making us stronger and united as a country in our development process.”

The minister said this when he visited the people of Nungua during the celebration of their annual Kplejoo festival.

Mr. Henry Quartey also appealed to members of the community to report individuals or groups showing suspicious behaviours to the appropriate authorities considering the increased rate of terrorist threats faced in the West African sub-region.

The minister, who was accompanied by some Municipal Chief Executives in the Greater Accra Region, donated an unspecified amount of money in addition to some bags of maize, gallons of oil, bottles of water and non-alcoholic beverages to the traditional council towards the festival.

He further lauded steps by the regional minister to address the issue of encroachments of some lands in the region, something which he said has been a major challenge for land administration in the region.

Gborbu Wulomo-Shitse of Nungua, the overlord of Ga-Adangbe, also thanked the minister and his team for the gesture but appealed to him to take immediate action against people who have encroached the Ramsar lands that belongs to them.