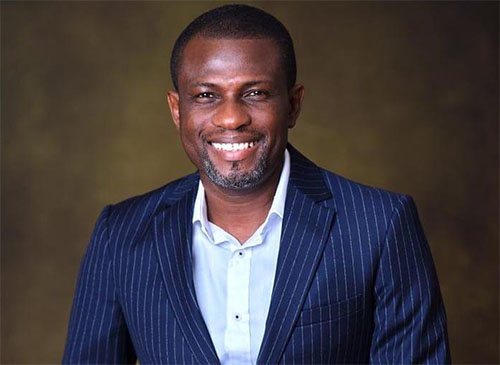 Music producer, Mark Okraku-Mantey, has been nominated as Deputy Minister for Tourism, Arts and Culture by President Akufo-Addo.

The showbiz personality, who is also the President of Creative Art Council of Ghana, is among some 24 persons whose names were submitted to Speaker of Parliament, Alban Sumana Kingsford  Bagbin on Wednesday  for  approval as Minister of State and Deputy Ministers of State.

If approved, he will be the second in command to Awal Mohammed, the substantive Minister of Tourism, Arts and Culture.

Mark, who is also a manager at Accra-based radio station Hitz FM, beat a stiff competition from other showbiz personalities who were tipped for the position.

Among them were Bice Osei Kuffour aka Obour – former President of the Musicians Union of Ghana (MUSIGA) and 2020 NPP parliamentary aspirant for the Asante Akyem South Constituency; Akwasi Agyemang – Chief Executive Office of the Ghana Tourism Authority, and Juliet Asante – Filmmaker and Executive Secretary of the National Film Authority.

Others include Nana Yaw Asare, Jamson, Kudjo Sasu, Nana Quame, Swazzy B, and Joe Frazier, among others.

At a point he also worked in the film sector as executive producer of ‘Efiewura’, a comedy series that aired on TV3.

He has also been involved in organising some of the biggest events that the country has ever seen.

In January 2021, when his name popped up among persons tipped to likely be deputy ministers,  Shatta Wale  vowed to campaign against President Akufo-Addo or form his own political party to battle ruling NPP if they dare make a move to appoint Mark Okraku-Mantey as Deputy Minister for Tourism, Arts and Culture.

But it appears the President has high hopes in Mark to do the job.