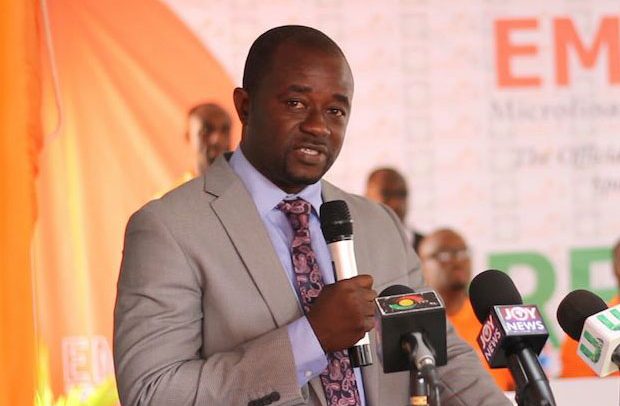 When people began to talk ‘Okraku,Okraku’s manifesto’ and all that, I kept asking myself so what happened to the Mantey. So after the win, I started asking the younger people the difference between the two.

First, they said the Mantey one was a musician. “His songs?” I asked. ‘No he doesn’t sing; he manages singers.’ Well, all I know is that, there is an established Okraku without Mantey. Whatever Okraku-Mantey does or doesn’t do my concern is this other Okraku who goes without Mantey.

It is about Ghana football, heretofore a ‘heartthrob’ but recently a heartbreaker. Maybe only an Okraku would have shoulders for carrying it. I see it as one of those galamsey mining areas, in this era of chop chopping to richness and fame at the expense of the motherland. It’s chop that comes with all joy to the self and leaves the motherland all in misery. Brazil, South Africa, Equatorial Guinea; everywhere it’s been football chop to shame the motherland.

Yet, four times there had been glory. Year 2006 reaffirmed a priceless Black Stars brand, when for the first time the team was World Cup finalists in Germany. Many will disagree; but like Cameroon could have won the cup in their maiden appearance had it not been for inferiority complex, the Black Stars of 2006 had equal standing. That lethal midfield of Appiah, Essien and Muntari, good in distributing passes for others to score, as scorers themselves, was a cup winner.

Essien was red-carded in the game before the Brazil match to stop the team from winning the cup. Let the football corruption busters go back to investigate and dismiss my speculation that the Essien red card was deliberate. Like today, I didn’t know players that much then. So at Milan airport, it was an Italian lady I had just left a conference with who pointed at the Appian and Muntari duo. So, so, so proud I felt. Almost the entire conference cheered when the Stars beat the US 2-1.

Since then, it has been agony trying to follow football in the motherland. The pain was unbearable during the botched Brazil debacle when we became the ridicule of the entire universe for ferreting three million United States dollars in cash to pay players.  I had lofty hopes when coach Appiah was appointed. I wrote in this column about that, encouraging him to perform. I loathed his tactics in Brazil of underrating a team by resting his best players. But we make mistakes and correct them for progress.

When he was confronted with egomaniac players without discipline because they earn big money, I supported his sacking them. My faith in him then was driven by the ‘Black Man is capable of managing his own affairs.’ Charles Kumi Gyamfi had done it winning three continental trophies, sometimes even as player coach.  So I had no reservations Appiah would perform. I was particularly impressed when he stamped his authority as one in charge asking the one who deselected himself because his brother was not selected to go play with his brother.

Before his appointment, I had been told face-to-face by one GFA official that no Ghanaian coach was good enough for the national team. His reason was that no Ghanaian possessed the FIFA license; a requirement for top level coaching. He didn’t think GFA should support Ghanaians to acquire those licenses. ‘Kwame Nkrumah sent C.K Gyamfi to Brazil and Germany to come back and perform wonders,’ I added. His response was that people are supposed to do that. So they would rather go for foreign coaches.

Okraku, if you are there, please do something. There must be a plan to line up say five top Ghanaian coaches, to encourage competition and performance. Governments subsidize all over the world. We have talent. Find means to grow that talent.

As for the players with the larger than life egos who would not submit to a Ghanaian coach, let them enjoy their fortunes and let us build our nation. Find the willing, to submit to Ghanaian coach. Otherwise forget about ever winning any trophy. Team sport is about the group whose members can gel. It’s all about discipline. We have seen brothers scoring goals which earned the nation nothing.

Okraku as a name is now interchanged with ‘Football President.’ I overheard the millennial girls say that. One said: ‘Football President came here this morning.’ I hadn’t thought that is how to separate that president from the president of the Republic. I wonder, though, what the name Okraku means for the challenges ahead.