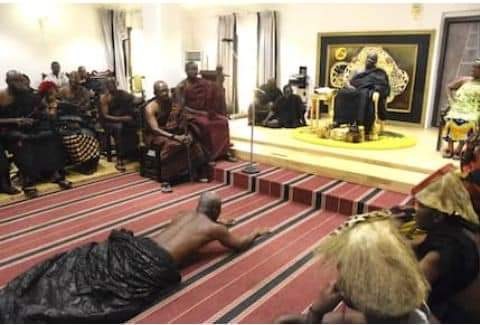 The remorseful-looking chief, Nana Darkwa was at the Okyehene’s palace to plead for clemency but his plea was ignored by the Okyenhene who has vowed to deal with traditional rulers engaged in illegal mining within his jurisdiction.

On September 29, 2022, there was a shooting incident involving some persons believed to be illegal miners and a community anti-galamsey taskforce at Asaman Tamfoe. 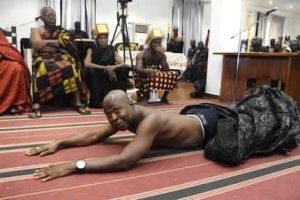 The incident, which went viral on the internet led the Police to arrest 16 persons including the destooled divisional chief of Asaman Tamfoe.

According to the Police, they retrieved one pump action gun, two excavators, two water pumps, and a battery.