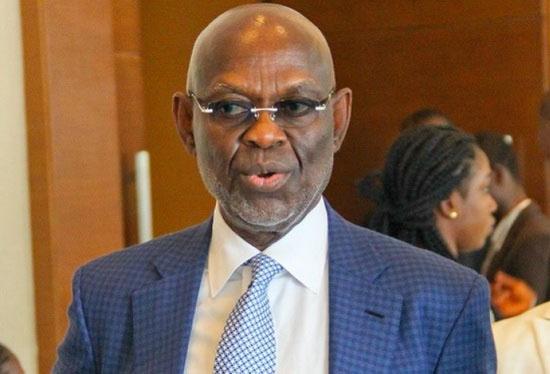 A National Democratic Congress (NDC) pressure group, Action Movement, has lambasted Prof. Kwesi Botchwey over what it termed as “self promotional gimmick” for the John Mahama’s running mate job.

According to Action Movement in a statement signed by its Leader, James Agbey, Prof. Botchwey ought to stop attempting “to prop himself up for a job he knows too well is beyond his reach.”

The call comes on the heels of a “false” news publication by Graphic online suggesting that Prof. Botchwey was highly likely to emerge as the running mate to Mahama for the 2020 general elections.

“Action Movement want to put on record that Prof Kwesi Botchwey is certainly an old wine in a new bottle – an old guard attempting to make a come back for the status quo.”

Action Movement believed Prof. Botchwey was adopting media antics to promote himself for the job.

Referring to the Graphic’s “fake” news, Action Movement said “We have become aware of a news item in circulation of a purported nomination of Prof Kwesi Botchwey as the running mate to our flagbearer, John Dramani Mahama.”

It added that “We are also aware of the intense horse-trading, lobbying and self promotional gimmicks by some party stalwarts including Prof Kwesi Botchwey all in an attempt to get the flagbearer’s attention and sway his choice of a running mate.”

“Much as we would want to treat this news item with every disdain that it deserves, we will also like to place on record that, it is nothing but a public relation/ self promotional gimmick by Prof Kwesi Botchwey. “

As a matter of fact, it said, Prof Botchwey’s name has not come up for consideration by the flagbearer, neither has the flagbearer arrived at any such decision on his choice of running mate.