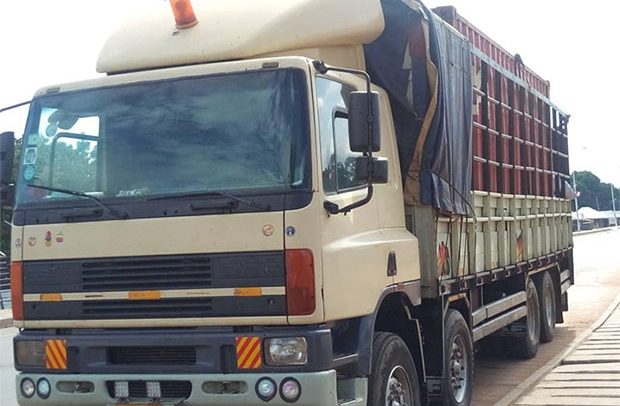 Information reaching DGN Online indicates that a joint effort by residents and the BNI has led to the impounding of a truck loaded with rosewood near Busunu in the Savannah Region.

The said truck with registration number AS 2377 Y loaded with the rosewood was said to be transporting it to Tema from the Savannah Region.

It will be recalled that the Savannah Regional Minister, Salifu Adam Braimah, ordered the closure of firm Brivywell Company , a rosewood company located in Yipala, a farming community near Damongo in the Savannah region.

Luck however eluded the company when they tried transporting some of the rosewood from the region when residents spotted the truck and informed BNI officials who impounded the truck.

The impounded truck is currently parked at the Damongo police station for further investigation.

The Northern Regional Police Public Relations Officer, DSP Mohammed Yusif Tanko, confirmed the arrest to DGN Online but was quick to add that further details will be released to the media at the appropriate time.

The Ministry of Lands and Natural Resources has banned the harvest of rosewood in line with the Convention on International Trade in Endangered Species (CITES).