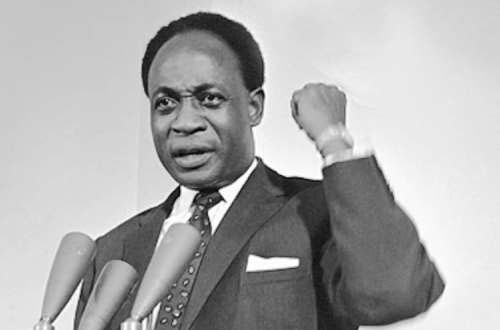 The integration between the Republic of French Togoland and neighbouring Ghana was dear to the heart of Prime Minister Kwame Nkrumah.

The subject made the headlines soon after independence and between October and November for instance, the subject was in the front burner of current affairs.

That was the time when the Prime Minister of the former German and later French colony, Sylvanus Olympio led the opposition of the suggestion.

He reportedly rejected an outright integration between the two countries.

His reaction was triggered by Prime Minister Kwame Nkrumah’s suggestion in early November when he toured the Volta Region, that when Togoland attained independence in 1960, his government would consider a discussion with the republic’s leaders towards integration.

Prime Minister Olympio’s opposition to the suggestion was loud and unmistaken. At his Lome residence in Togo, he reportedly said this country was opposed to such an integration.

No discussion on such a move would be entertained, he said without a flicker of uncertainty.

All that his country could do, he added, was forge a closer cooperation between them.

The remarks he passed during the interview suggested that the man based his rejection for integration because of a fear he had for the future of such an amalgamation.

“It is clear that Dr. Nkrumah believed that the only valid formula for unity among West African countries is integration, but I am sorry to say that Comrade Nkrumah must realise that the era of territorial expansion is well and truly passed.”

The Leader of the Opposition in the Togoland House of Deputies, Mr. Nicholas Grunitzky thought otherwise. For him, Kwame Nkrumah suggestion was worthy of discussion by the leaders of the two countries at a summit.

One of the leading government officials, Mr. Kofi Baako, the Information and Broadcasting Minister said on the previous night, November 1, 1959 that for the unification dream to come to pass there was the need for discussions among the leaders of Togoland.

He described as absurd the talk about the unification of the Ewe people while dismissing same for Ghana and Togoland, both countries inhabited by Ewes.

Continuing, he said that this exposed the insincerity of those who made the trips to the United Nations as they sought in pursuance of unification.

The 1960 census in independent Ghana was a crucial exercise in which the stakes were high.

The Prime Minister did not want to take chances with the exercise. He, for instance, made a nationwide broadcast on the national radio just so all his compatriots will participate in the exercise.

Without the cooperation of the citizens, he said, during the broadcast, the objectives of the exercise will not be achieved. All must support the field officers of the Census Department as the agency responsible for counting Ghanaians was called at the time.

Development plans which lay ahead, he went on, were dependent upon how many people there were; the structure of the population.

He said “with your full co-operation we shall surprise the world in the numbers and quality of our people in the wealth of human resources at our disposal for the building of the nation.”

Continuing, he said “the fact that all sections of organised opinion in this country are co-operating in the venture is proof of the importance which is attached to the successful outcome of this operation.”

It was the first since independence and so government, he told his compatriots, attached great importance to it.

In an earlier census, 1948, the population of the Gold Coast was a little over four million.

It was clear that since that date the population of the country had witnessed an increase. It turned out that the increase was two million.

Various structural changes had occurred in areas such as education, age and economy.

People were required to stay in their homes to enable the field officers undertake the exercise without hitches.

Drumming, dancing, singing, bonfires were organised to facilitate the achievement of keeping people at home.

PICK OF THE WEEK

In 1959 Premier Kwame Nkrumah was in Northern Nigeria’s capital, Kaduna, as part of his tour of that part of the federal republic. Picture shows him in the company of the Sardauna of Sokoto, Alhaji Ahmadu Bello, Premier of the Region as they head for Zaria. During the trip he also met with the Emir of Kano, a powerful traditional ruler in the North.