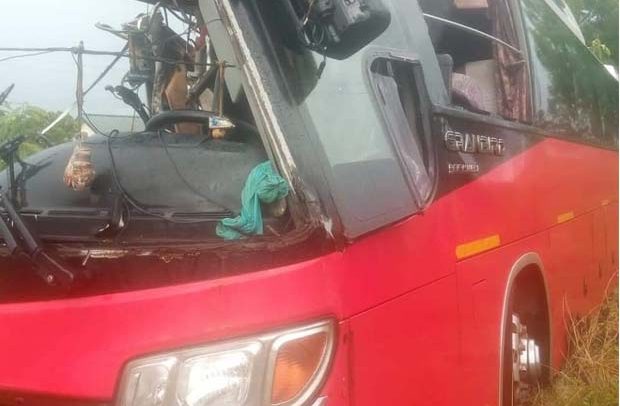 A driver’s mate has died in a fatal accident at Asankare in the Asante Akim South Municipality of the Ashanti Region.

Scores of passengers have also been injured and are in critical conditions in the accident which occurred in the early hours of Wednesday, June 15, 2022.

It involved a grand bird bus with a registration number GT-5224-20 and a tipper truck.

The bus was traveling from Aflao to Kumasi. 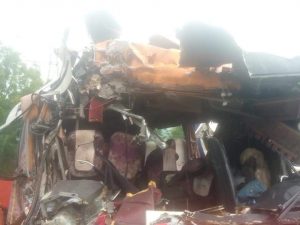 The Juaso MTTD Commander, Chief inspector Obimpeh Mannaseh, who confirmed the incident to Adom Fm said the bus driver had attempted to make way for a Sprinter bus from Kumasi which made a wrong overtaking.

According to him, the driver lost control, veered off the road, and hit the rear of the tipper truck parked on the road.

The victims have been admitted to the Juaso Government Hospital for medical attention, while the body of the deceased, yet to be identified, has also been deposited at the Yawkwei Steward mortuary for preservation.