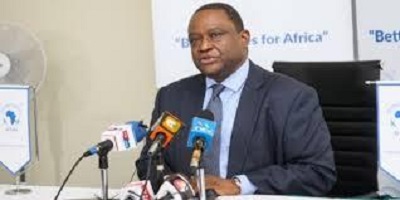 The Secretary General of the African Airlines Association (AFRAA), Abdérahmane Berthé, has called for the operational challenges facing African airlines to be prioritized and addressed.

He made the call in his opening remarks of the 52nd Annual General Assembly (AGA) of AFRAA. The Assembly was held virtually from November 9-10, 2020.

He stated that “This is a pivotal moment in our history as we aim to reposition the African air transport market towards recovery and sustainability.”

According to him, “Now more than ever, operational challenges faced by African Airlines have to be prioritized and addressed, especially the high taxes and charges that hinder the growth and recovery of carriers on the continent.”

He noted that “On our part as AFRAA, we tackled the crisis by resolutely pivoting our strategic and tactical resources to support recovery efforts.”

He announced that “We have launched an interactive capacity sharing portal to provide access to market-leading services to African airlines, and developed a recovery plan revolving around 9 pillars of interest to the sector and a comprehensive strategic plan that is geared towards helping the industry meet its aspirations.”

Meanwhile, AFRAA made a rallying call for airlines operating in Africa to take specific measures to build resilience and emerge stronger after the coronavirus pandemic.

Also, the Assembly urged a multi-sectorial and pragmatic approach by governments and stakeholders on the continent to support the recovery of the air transport industry and interrelated sectors such as tourism.

In his address as the Chief Guest, the Transport Minister of the Republic of Angola, Ricardo de Abreu explained that “We are conscious of the enabling role that aviation plays in facilitating trade and growing our economies.”

He said “As we collectively navigate these times, we will seek to emerge from this pandemic more resilient, organized and determined to succeed”.

The AGA was hosted by TAAG Angola Airlines. It was held virtually under the theme: “Redefining Air Transport for a New Era”.

The Assembly brought together top African airline CEOs, industry partners, leaders of international and regional air transport associations including the African union, IATA, ICAO, AFCAC, TIACA and more than 400 delegates from 76 countries across the globe.

A comprehensive analysis of the industry’s outlook for 2021 and beyond that was presented in AFRAA’s annual report, revealed that recovery of traffic in Africa was expected to start with domestic markets.

Intra-African routes are projected to follow suit, while international traffic is expected to take more time to reach pre-crisis levels due to a challenging operating environment, according to the report.

During the Assembly, key stakeholders emphasized the importance of coordinated efforts and a collaborative approach as a way to secure business continuity.

Also, an appeal was made to governments and development financial institutions to continue supporting the industry as a means to secure the continent’s social and economic recovery given the sector’s strategic contribution to national GDP.

TAAG Angola Chief Executive Officer, Rui Carreira, observed that “Our strategic deliberations at this 52nd AGA have set the foundation for the recovery and successful restart of our industry. Although we foresee a slow recovery, we are currently implementing key measures that will restore passenger confidence and optimize our operations for a more affordable and successful industry.”

The 2020 summit saw the expansion of AFRAA’s fraternity with two new members including: Overland Airways Limited and Syphax Airways; bringing the association’s membership to 47 African airlines.

The 52nd AFRAA AGA witnessed the re-election of Mr. Carreira as President of the Association for the year 2021.

The African Airlines Association is a trade association of airlines from the member states of the African Union (AU). Founded in Accra, Ghana, in April 1968, and headquartered in Nairobi, Kenya, AFRAA’s mission is to promote, serve African Airlines and champion Africa’s aviation industry. The Association envisions a sustainable, interconnected and affordable Air Transport industry in Africa where African Airlines become key players and drivers to African economic development.

AFRAA membership of 47 airlines cuts across the entire continent and includes all the major intercontinental African operators.

The Association members represent over 85% of total international traffic carried by African airlines.

TAAG Angola Airlines S.A (Portuguese: TAAG Linhas Aéreas de Angola S.A.) is the state-owned airline and flag carrier of Angola. Based in Luanda, the airline operates a mixed fleet of Boeing and Havilland Dash 8 Q400 on domestic services within Angola, medium-haul services in Africa and long-haul services to Brazil, Cuba, and Portugal. The airline was originally set up by the government as DTA – Divisão dos Transportes Aéreos in 1938, rechristened TAAG Angola Airlines in 1973, and gained flag carrier status in 1975. TAAG is currently a member of both the African Airlines Association and the International Air Transport Association.