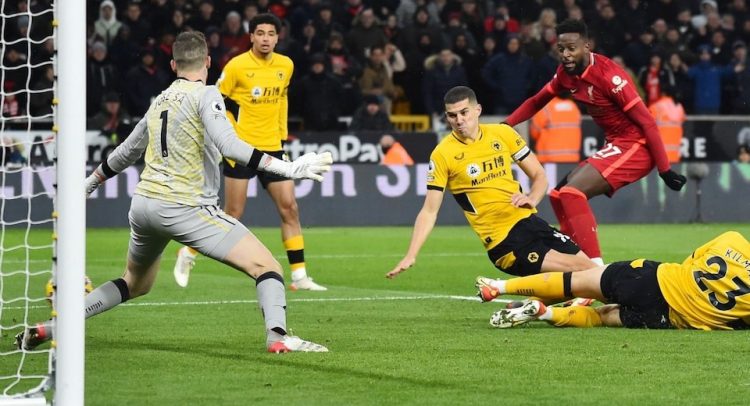 Divock Origi scored a last-gasp goal as Liverpool beat Wolves on Saturday to move top of the English Premier League ahead of Chelsea.

Chelsea had lost 2-3 to West Ham earlier today and Liverpool needed to win to replace them at the top.

Liverpool’s top position may last for less than three hours if Manchester City beat Watford in the last game of today.

Ruthless Liverpool thrash Arsenal at Anfield before Origi scored on five minutes added time to win it for Liverpool.

Mohamed Salah ran down the right and pulled it back to Origi, who has his back to goal.

His first touch gave him a bit of room, he swivelled and drove a low shot past Jose Sa from close range to make it 1-0 for Liverpool.