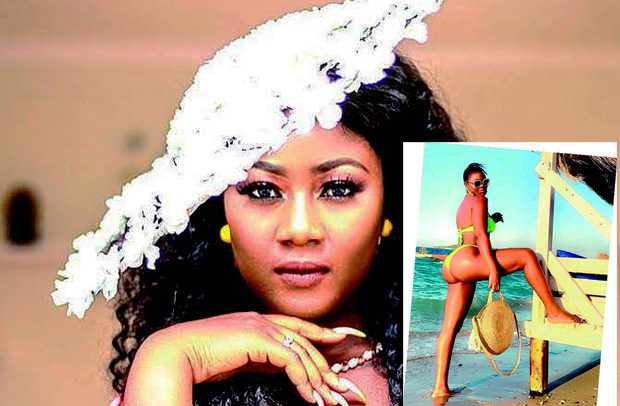 Actress Salma Mumin’s new butt generated a lot of discussions over the weekend on various platforms than her acting career has ever been talked about.

This followed reports that she has allegedly ‘undergone the knife’ to add some size and shape to her butt in faraway Turkey.

“WO BA A DA ANAA? (Are your kids sleeping) A$$$,” she said when she posted a photo from Turkey showing off her alleged new butt at a beach on Instagram on Saturday after her butt reports went viral.

Many people have asked questions on social media as to whether it is real or fake, while movie industry players also made fun of her in the comment section of her post.

But Salma appeared confident about her new butt claims. She somewhat confirmed the alleged surgery in her sarcastic replies to her followers and friends.

“I bought it,” she said in a reply to an alleged comment by Mimi Andani Michaels, the Director of Golden Movie Awards Africa.

In other comments which were widely circulated on social media, socialite Moesha Boduong was also captured trolling Salma.

“You are liar, you always wanted to do your ass but Roy where scared (sic)  people will notice it because you had a flat ass,” Moesha was allegedly quoted to have said.

Salma has, therefore, joined the likes of Moesha Boduong and a number of rising actresses who were believed to have gone under the knife for whatever reasons.