Over 1m People In Accra Exposed to Covid-19 – Report 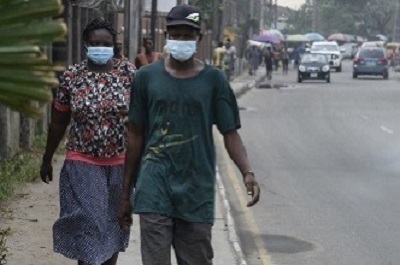 More than one million people living within Accra and Kasoa have been exposed to Covid-19, a new study has revealed.

According to the scientists, the figure represent almost 20 per cent of the population in the catchment area, implying that many more people were infected with Covid-19, than the number of confirmed cases reported by the Ghana Health Service (GHS).

The study was conducted by the West African Centre for Cell Biology of Infectious Pathogens (WACCBIP) in collaboration with the Noguchi Memorial Institute for Medical Research (NMIMR).

The study was conducted in public places including municipal markets and lorry stations in Accra and Kasoa, shopping malls in Accra, and Covid-19 testing centres and other research institutions and health centres in Accra.

The study revealed that exposure to Covid-19 was higher amongst those tested in markets and lorry stations than those at the malls.

It also revealed that although many people were aware of the Covid-19 safety protocols, they did not adhere to them.

“Results of the seroprevalence study show that the exposure rate was higher among people tested at the markets and lorry stations (about 27 percent) than those at the malls (around 9 percent). The study also showed that differences in socio-economic status could determine risk of exposure to the virus.”

Using a pre-validated antibody rapid diagnostic test (RDT), the scientists were able to determine exposure to SARS-CoV-2, by detecting Covid-19 antibodies in blood samples taken from the participants.

Antibodies are blood proteins produced by the immune system to counteract a specific foreign disease-causing agent.

According to the scientists, these tests are only able to detect exposure to the virus with about 70 percent accuracy because antibodies wane after some time and may be hard to detect in some individuals.

“What we are reporting is probably an underestimation because, first of all, these tests that we use are not 100 percent sensitive so they could miss quite a good percentage of people who have been exposed,” said Professor Gordon Awandare, Director of WACCBIP.

“Having said that, if you think about it in terms of the numbers, the GHS is reporting about 47, 000 cases nationally but if you look at an estimated prevalence in Accra of about 20 percent, and a population in Accra of about 6 million, that gives you about 1.2 million people who have been infected in the past,” he indicated.

Professor Awandare was speaking on a dissemination webinar where he and his colleagues also discussed the evolution of the virus in Ghana following further genome sequencing.

Evidence from the genome sequences also suggest that the virus has changed its genetic make-up and some unique variants can now be found in Ghana that have not been identified anywhere else in the world.

“We have just completed the first detailed molecular analysis of SARS-CoV-2 viruses sequenced in Africa and, in two batches of samples—15 for the first batch and 31 in the second batch—we identified five clades of the virus that are circulating within Ghana,” said Dr. Peter Quashie, a Senior Research Fellow at WACCBIP, who presented the findings of the study.

“Because of the quality of our sequences, we were able to actually track and link the different samples to each other and see which samples likely had similar ancestry. We were able to identify unique substitutions or genetic changes, which were identified in Ghana and have either not been identified elsewhere or are known stochastic mutations that occur in-country,” he said.

The scientists believe that the results of both studies provide evidence that Covid-19 is not in decline as current daily confirmed case numbers would suggest, but rather that it is on the rise and spreading in our communities.

“I think these are somewhat cautionary results,” said Dr. Yaw Bediako, a Research Fellow at WACCBIP who was on the webinar. “We know these things can switch in an instant. So, we have to be vigilant and we have to be aware that Covid-19 is, indeed, circulating freely in our country and [that] our current testing protocols, which are focused on symptomatic people, will only capture a very small fraction.”

Analysing the genetic structure of various strains of the virus, the scientists also found evidence of transmission from the Greater Accra Region, through the Central Region, to the Western Region.

The most transmissible variants, according to the data, were found in Ayawaso, which was a hotbed for the disease when it first broke out in Ghana.

Results of the seroprevalence study show that the exposure rate was higher among people tested at the markets and lorry stations (about 27 percent) than those at the malls (around 9 percent). The study also showed that differences in socio-economic status could determine risk of exposure to the virus.

A majority of the participants who were found to have been exposed to the virus are between the ages of 41 and 60.

A majority also work in the informal sector, many sampled from the markets and lorry stations.

“[These results] are expected,” said Dr. Kofi Bonney, a Senior Research Fellow at NMIMR. “I even expected that a higher percentage would have been recorded, especially from the markets. We saw how they were loosely keeping to the protocols that we’re supposed to be adhering to. People are now thinking that we are out of the woods, but we are not there yet.

The virus is still circulating, and we need to be wary of that and adhere to the protocols strictly. Otherwise, what is happening in the Western world may surface here as well.”

‘I Do Music To Inspire People’