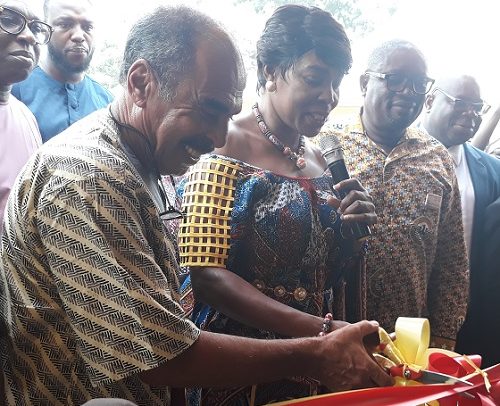 Papaye Fast Food Limited, one of the country’s fast food brands, has marked another significant milestone in its operations with the opening of a branch at Haatso in Accra.

Including this new branch, the company now has seven branches in the country after 28 years of existence.

Speaking at the opening ceremony of the Haatso branch, the Chief Executive Officer (CEO) of Papaye Fast Food, Divine Asiedu, said the opening of the new branch formed part of the company’s agenda to broaden its operations and make its services accessible to many residents in Haatso and its surrounding areas.

He said the success of the company was as a result of careful planning, hard work and tireless support of their customers.

He mentioned that the new branch would serve as a total food solution to the people of Haatso and its environs.

The Executive Chairman of Papaye Fast Food Limited, Dr Samir Kalmoni, gave an assurance that the company would open another branch at East Legon in Accra before the end of the year.

He assured Papaye’s potential customers within and around Haatso that his outfit would keep the high standards as it pertained in all its branches.

Mrs Elizabeth Sackey, Deputy Greater Accra Regional Minister, who was the special guest, commended the company for their achievements and urged them to be proactive in meeting the needs of their customers.

The opening ceremony witnessed live performance from SP Kofi Sarpong who performed about five hit songs to entertain invited guests at the ceremony.