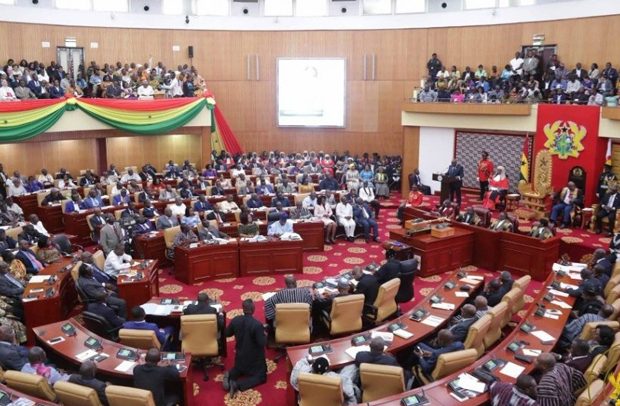 Parliament has unanimously approved the nominations of four people appointed to the Supreme Court by President Akufo-Addo.

The approval followed a recommendation by the Appointments Committee of Parliament, which vetted them to determine their suitability to the highest court of the land.

Justices Tanko Amadu and Honyenuga are Court of Appeal judges, while Mr. Kulendi is a respected private legal practitioner and Prof. Mensa-Bonsu, a top law lecturer with international experience.

The Chairman of the Appointments Committee, Joseph Osei-Wusu, said no petitions were received against nominees after making publications in the newspapers to that effect.

The Minority Leader, Haruna Iddrisu, in seconding the motion for the adoption of the report, said all the nominees endeared themselves during the vetting.

The Supreme Court, as per the 1992 Constitution, is made up of the Chief Justice and not less than nine other justices.

In a primetime announcement in Parliament on March 19, 2020, the Speaker of Parliament, Prof. Aaron Mike Oquaye, said Prof. Mensa-Bonsu, who is the President of the Ghana Academy of Arts and Sciences, had been nominated alongside two jurists from the Court of Appeal and a private legal practitioner.

In an accompanying correspondence read by the Speaker, President Akufo-Addo stated that upon receipt of the Judicial Council’s advice, and in accordance with his duties under Article 144(2), he consulted with the Council of State in submitting the names and curriculum vitaes (CVs) of the nominees for appointment to the court.

“I am, therefore, seeking approval of Parliament for the appointment of the nominees as Justices of the Supreme Court,” the correspondence said.

The President indicated that he was fully satisfied that each of the nominees was duly qualified, and eminently fit to discharge the functions of a Justice of the Supreme Court.

“Mr. Speaker, it is my respectful hope and expectation that the approval of the nominees will proceed expeditiously to enable them to assume office as soon as practicable,” the letter indicated.

‘Ghana Did Not Request Covid-19 Herbal Tonic from Madagascar’