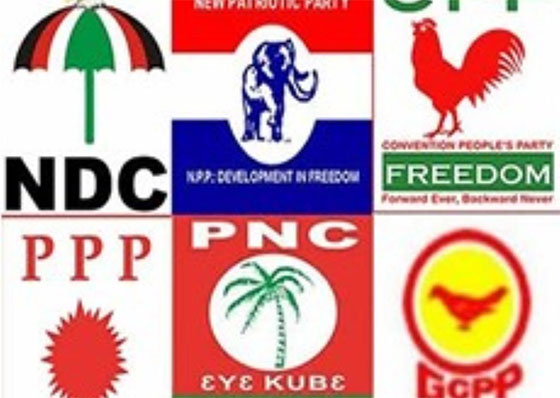 Some political parties are complaining bitterly about the GH¢100,000 filing fee announced by the Electoral Commission (EC) ahead of the filing of nominations for the December general election.

Setting October 5 to 9 as the date for the filing, the EC on Monday said fees of GH¢100,000 and GH¢10,000 in bankers draft would be paid by presidential and parliamentary candidates respectively.

The first party to raise issues with the EC’s decision was the National Democratic Congress (NDC) that described the decision as ‘outrageous’.

Its General Secretary Johnson Asiedu Nketia reacted that the EC was setting what he called ‘bad precedence’ for the country’s democracy.

Interestingly, in the NDC’s own internal election to select its flagbearer, the party took a whopping GH¢300,000 as filing fee from all the aspirants but is complaining about the GH¢100 being charged by the electoral management body.

NDC Deputy General Secretary Peter Boamah Otokunor also said on GBC that “it is rather disappointing that the Electoral Commission is not being sensitive to the very institution it is leading. This is a clear indication to exclude some people from contesting.”

When the EC pegged the fees at GH¢50,000 between 2012 and 2016 when the NDC was in power, their General Secretary hailed the decision and said political parties that meant business should be able to pay the filing fees.

Bridgette Dzogbenuku, who has been selected as the People’s Progressive Party (PPP) flagbearer called the decision ‘ridiculous’.

“I mean it’s ridiculous. I was actually listening to other debates on the issue and if you’re expecting us to come up with a GH¢100,000 then we’re still going around the same issue of monetizing our politics and politics determined by money. And, therefore, if one can’t afford that filing fee then it disqualifies them even if they’re capable of being candidates and being president,” she opined.

She said she hoped civil society organizations (CSOs) would take up the matter and demand a reduction of the fee, saying “most of the time, the CSOs come and speak about it, and I think that they’ve already talked about how politics is monetized.”

“If somebody is going to raise GH¢100,000 to file to be on the ballot paper to lead a political party, they must find that money and that is when we start turning to all kinds of people to fund us who will ask for their pound of flesh after the elections,” she added.

The Convention People’s Party (CPP) accused the EC of what it called lack of due diligence in its decision to peg filing fees at GH¢100,000 and GH¢50,000 respectively.

CPP National Youth Organizer Osei Kofi said even though the EC is not mandated to consult parties on the subject matter, it was prudent for the commission to have considered consulting the political parties.

“Per the common sense which makes political parties stakeholders when it comes to elections in this country, which has also informed the Electoral Commission to form an Inter-Party Advisory Committee (IPAC) and to an extension caused the EC to always meet and form a consensus with the political parties, the EC should have met with the parties to build a consensus on this issue. After all, political parties sponsor individuals who contest as presidential candidates and political leaders,” he said.

Members of the People’s National Convention (PNC) said although they did not have a problem with the cost of filing for the nomination, they still found it ‘outrageous.’

PNC National Organizer Desmond Nana said they had been to several IPAC meetings and demanded from the EC to disclose the cost of filing fee but the commission failed to do so and it has come to them as a surprise.