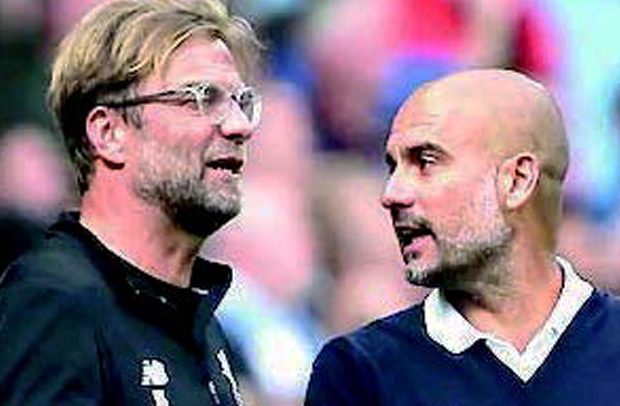 First-half goals from Kenny McLean and Todd Cantwell, as well as a sixth goal of the season for Teemu Pukki, meant the champions lost for the first time in the Premier League since January 29.

With the gap to first-place Liverpool already at five points after five matches, the Manchester City boss was asked for his thoughts on the league standings.

“We are in September, OK?” Guardiola said.

“Congratulations Liverpool, you are the champions. We’re in September, what do you have to do? We’ll recover, train and come back.

“We’ve dropped five points. Tottenham we played incredibly well. Today, in the important parts we have to know exactly what to do.”

The two-time Premier League winner admitted he was satisfied with the performance, but his side lacked the clinical edge required at Carrow Road.

“Congrats to Norwich. The first goal was from a set-piece and the second on the counter so credit to them. It is what it is. We have to learn from this and carry on.

“Our passing was not bad. We created chances but we could not score them today.

“They are a really good team with good players with quality; we saw that in the Championship last year, they were clinical today.

“We did not have urgency in the final third that we normally have. In football you can’t always avoid mistakes.

I don’t know how many shots we had or how many they had, but football is about goals and about what you do in the boxes.”