PIAC Unhappy With Delays of Oil Funded Projects in Volta 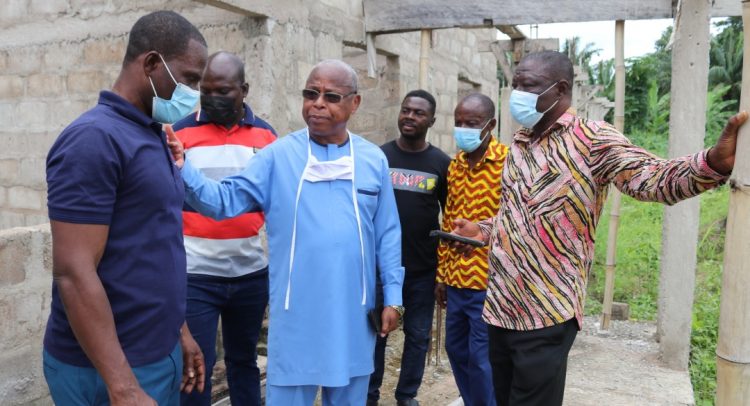 The Public Interest and Accountability Committee (PIAC) has expressed dissatisfaction with what it describes as the lackadaisical attitude towards projects funded by the country’s petroleum revenue in the Volta Region.

The Committee members expressed their displeasure when they engaged stakeholders and beneficiary communities of petroleum-funded projects in the region.

They also toured some projects in the region to verify their existence, progress of work, and quality of work being done. 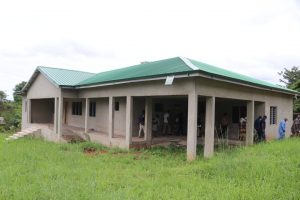 Although the engagements were fruitful, they were unhappy with how some projects being funded (fully/partially) from the Annual Budget Funding Amount (ABFA) of the petroleum revenue were being managed.

These projects include; the Klele-Demete CHPS Compound (GH₵238,518.37), Tanyigbe CHPS Compound (GH₵423,618.30), Construction of roads and other infrastructural amenities for the University of Health and Allied Sciences, UHAS (GH₵6,552,253.33) and the two-storey hostel facility for Avatime Senior High School (GH₵440,246.37).

The committee members were accompanied by the Member of Parliament (MP) for Ho Central, Benjamin Komla Kpodo, the outgoing Municipal Chief Executive (MCE), Prosper Pi-Bansa, and some Assembly Members.

Critical projects like a Community-based Health Planning and Services (CHPS) Compound at Klefe-Demete in the Ho Municipality was abandoned and covered in weeds on their visit.

The project which began in 2019 and scheduled for completion a year ago (2020), could not be easily identified due to the overgrown weeds. The contractor, Kovigu Construction Company, his staff and equipment were nowhere to be found except the site foreman, one Delali Mornu.

Interestingly, the company acknowledged that the government has paid for the work done so far (37.50%), per the certificates raised. Consequently, the project did not have to be stalled.

The foreman who conducted the team around the uncompleted structure explained that they stopped work due to heavy rains in April this year; several months after the actual completion date. He was not sure when work would resume.

A call placed to the Managing Director of the Company by the MP revealed that work will resume soon; but no specific date was given.

A similar situation was encountered at the Tanyigbe CHPS Compound where the sluggish pace of work has forced nurses to turn their residences into consultation rooms. They also handled OPD, deliveries and maternal and child health activities in a tiny single room; a breach of patients privacy. A situation which could be ameliorated had the new facility been completed on schedule.

At the UHAS Campus at Sokode near Ho, the team was disappointed that the internal roads and amenities which benefited from the Petroleum revenue have still not been fully completed. The team also inspected an uncompleted two-storey hostel block at Avatime Senior High School in the Ho West District.

Benjamin Kpodo, Ho Central MP the outgoing Ho MDC Prosper Pi Bansah expressed displeasure at the slow pace of work on the Tanyigbe and Klefe-Demete CHPS compounds and assured to put pressure on the contractors to complete the projects for the benefit of their constituents.

The Ho Municipal Health Director, Madam Vic Kpelly commended PIAC for coming to add their voice to the snail pace of work. She appealed for the need to have good landscaping and adequate equipment for the facilities upon completion to retain and attract staff.

Alhaji Ahmad Suleman Anderson who led the PIAC team was unhappy with the level of stalled projects in the region. He said PIAC’s mandate as directed by the Petroleum Revenue Management Act 815 will be applied to ensure the projects get completed so the citizenry can experience the benefits of the country’s oil and gas resources. 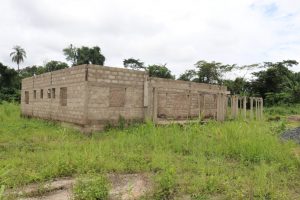 He directed the contractors as well as beneficiary communities and institutions of petroleum funded projects to always report project challenges to the Municipal Assemblies, MPs and the PIAC office for urgent attention.