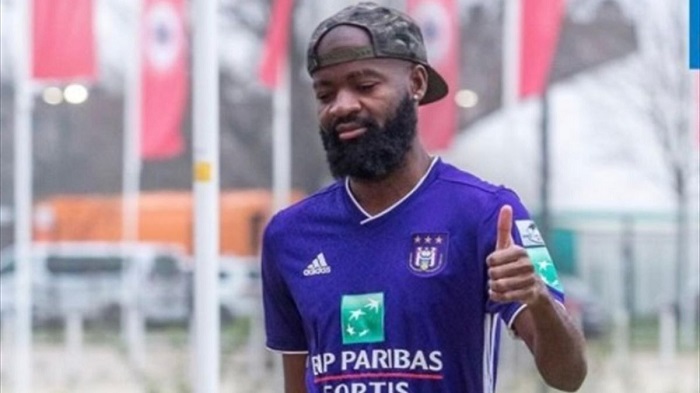 Antwerp forward, Didier Lamkel Ze, has apologized after he arrived at training wearing the shirt of the club’s fiercest rivals, Anderlecht.

Lamkel Ze was denied entry into the training ground on Monday and angered the club’s hierarchy with his actions.

The 24-year-old has been linked with a move to the Greek club, Panathinaikos, to play under the former Antwerp manager, Laszlo Boloni.

The Cameroon international threatened to upset the club even further after posting on Instagram that he would turn up in a Beerschot shirt—another Antwerp rival.

“I sincerely apologize to the club and the Antwerp supporters because they are magnificent and wonderful fans who have always supported me,” he said.

“If I reacted like that, it was because my head was elsewhere with the transfer, it wasn’t easy for me. I am so sorry for my actions.

“I won’t forget how my teammates and the technical staff had supported me in the dressing room since my arrival here.

“I am ready for the club if the new coach needs me. I hope to be in front of the supporters very soon on the pitch,” he said.

Lamkel Ze has spent two years with Antwerp and has contributed 11 goals and nine assists in all competitions.

Antwerp were part of Tottenham’s Europa League group and progressed into the knockout stages of the competition, where they will face Steven Gerrard’s Rangers.