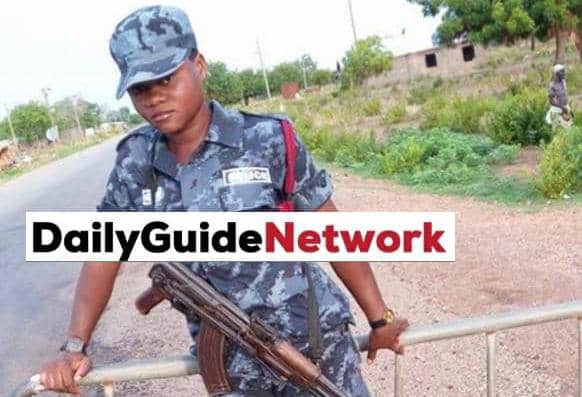 IT has emerged that the late Policewoman, Lance Corporal Sarah Adjei at Nkawkaw in the Kwahu West Municipality of the Eastern Region was owing GH¢ 28,000 to a car dealer over a Hyundai Elantra vehicle she allegedly purchased.

Two people have already been arrested over the death of the policewoman.

According to a police statement issued and signed by the Acting Director General, Public Affairs, ACP Kwesi Ofori, said the Police called the deceased’s mobile number and an unknown male voice answered and informed the police that the deceased owed him an amount of Twenty-Eight Thousand Ghana Cedis (GH¢28,000), hence the seizure of the Hyundai Elantra vehicle.

To that effect, the Police have arrested two suspects, namely, Timothy Dampare, 50, a lotto agent, and Richard Nimo, 30, the manager of Misiho Hotel, to assist in investigations.

The statement explained that the Director-General in charge of the Criminal Investigation Department, COP Ken Yeboah is leading a technical team made up of Crime Scene managers and the Homicide Unit to unravel the death of the Policewoman.

The Police said their preliminary investigations established that Lance Corporal Sarah Adjei, left home, leaving the boyfriend, Timothy Dampare, under lock at her apartment at Nkawkaw on Saturday, 7th August 2021.

The Police said the deceased alone then drove a car, Hyundai Elantra with registration number GE 331-19, belonging to Timothy Dampare, to Misiho Hotel near Nkawkaw at around noon for a short stay.

The report further clarified that at around 7pm the same day, the hotel manager, Richard Nimo, decided to check the deceased when he noticed there was no activity in the room which upon entering the room, he found the deceased lying on the floor.

The hotel manager then reported the incident to the Police, who on arrival, identified the deceased as a staff of the Nkawkaw Divisional Police Command

The Police team then visited the home of the deceased and noticed the apartment has been locked with Timothy Dampare in it.

During their search, two notes were found, one was found at the scene of the alleged murder and the other on the balcony of the house of the deceased.

The note reads “Dear Mr. Timothy Dampare I told you I owe people money and you decided to help me and you have been with me in my house for one week now and you refused to help me so if anything happened, you have cause it”.

The Police as gathered says they are doing everything possible to track the whereabouts of the Hyundai Elantra car, the vehicle used by the deceased and her mobile phone and apprehend the suspect.

However, they are also appealing to members of the public to provide vital information that might help to unravel the mystery surrounding the death of the Policewoman.

A Plus Clashes With Halifax Over #FixTheCountry Demo