A Plus Clashes With Halifax Over #FixTheCountry Demo 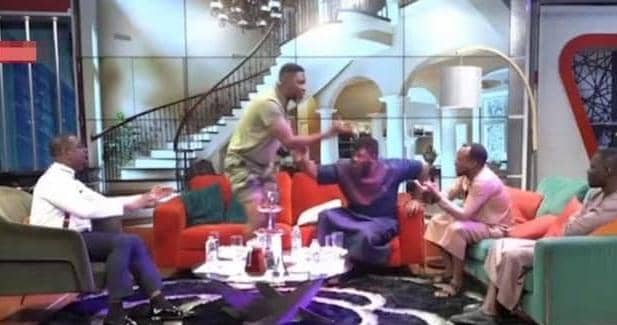 The whole scene was created when Halifax asked A-Plus a critic of the government why he didn’t join the #Fixthecountry demo since he (A-Plus) once stated he was not interested in the demo describing it as ‘jogging exercise’.

This got A-Plus infuriated, throwing insults at Halifax which he equally responded in kind.

However, Abeiku Santana who was in charge of the show virtually lost control leading to the two guests clashing that nearly ended in trading of physical blows.

A-Plus even got up at a point to pounce on Halifax, after using harsh words and insults on live TV.

Even the ‘F word’ was used by A-Plus at a point but he was made to apologize in the end.