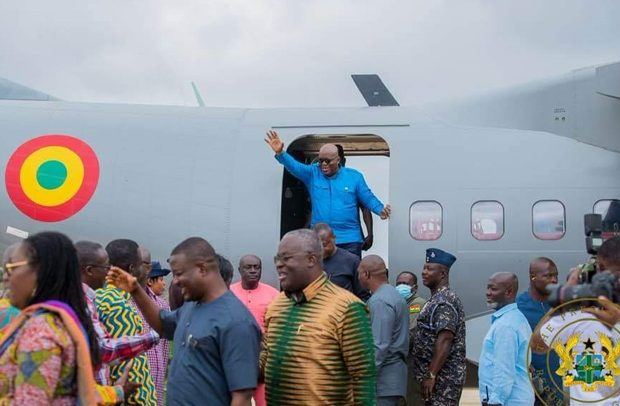 Describing the commissioning ceremony as “a seminal moment in the growth and development of this elegant city, Sunyani”, President Akufo-Addo stated that “the rehabilitation of this airport is a critical part of government’s vision to expand the frontiers of the aviation industry in the country, and to realize the dream of making Ghana an aviation hub in West Africa”.

The existence of the Sunyani Airport dates back to the Second World War in 1942 when it was used as an airstrip for the Allied Forces. In 1969, the then far-sighted Busia Government, realizing the need for an airport in Sunyani, initiated construction work to convert the airstrip into an airport. This was completed and officially opened on 13th July 1974 by Col. P.K. Agyekum, the then Commissioner for Transport and Communications.

“For an airport of such rich history to be allowed to deteriorate and be temporarily shut down in March 2016 was in bad taste, and that is why, in the run-up to the December 2016 general election, I promised to do something about it,” he said.

The President continued, “In line with my government’s policy to provide a functional air travel infrastructure to enhance the development of our nation’s Middle Belt, and strengthen the growth of agriculture, general business, and industrial transformation, a works contract was awarded to M/S Resource Access Limited to commence work on the rehabilitation of the airport, which began in 2019”. 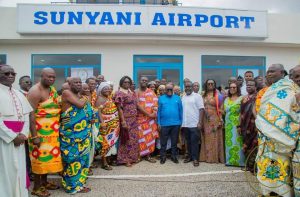 He told the gathering that the scope of works included the rehabilitation and extension of the runway from one thousand, two hundred and eighty meters (1,280 meters) to one thousand four hundred meters (1,400 meters); repair of the apron to accommodate small to medium size aircraft; minimal renovation of the Terminal Building; and construction of some airport internal roads.

With air travel picking up, following the devastating impact of COVID-19 on the aviation industry, it is expected that domestic passenger traffic will continue to grow over the coming years, and will require more infrastructural developments in the sector.

“I am happy to inform you that there are projects currently ongoing in our nation’s aviation sector that will open up our country even further. They are Phases II & III of the Kumasi Airport project, which is presently some ninety-three percent (93%) complete, and Phase II of Tamale Airport which is ninety-five percent (95%) complete,” the President said.

Touching on the widespread encroachment of airport lands, a phenomenon that threatens the future expansion of airports in the country, President Akufo-Addo stated that “it must be stopped.”

According to him, “the operators and regulators of our airports, as well as the Lands Commission, need to sit up and ensure that lands, belonging to our airports, are managed properly and duly protected, not only for future projects of expansion but also for safeguarding lives and property”.

The President assured residents of Sunyani that “this project is a sign of greater things to come for Sunyani and the Bono Region and, indeed, for the whole nation. The Akufo-Addo Government’s commitment to the development of all parts of Ghana, without discrimination, is absolute”. 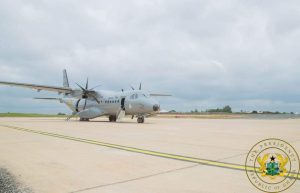