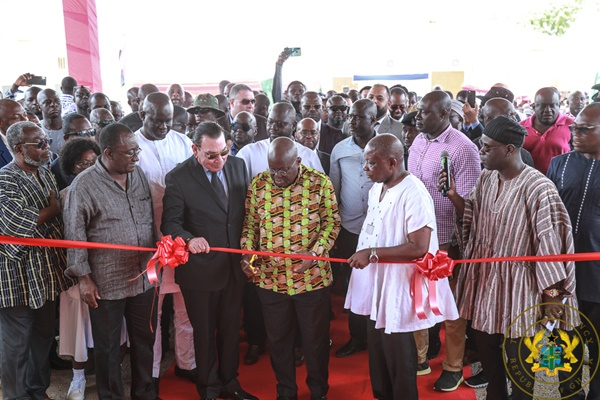 The Upper West Regional Hospital is part of the “Ghana Hospital Project” awarded by the Government of Ghana, in 2008, and executed by Euroget De-Invest s.a of Egypt. The Project involves the design, construction and equipping of one (1) Military Hospital, two (2) Regional Hospitals, and six (6) District Hospitals in Ghana, at a project cost of US$ 339million.

It will be recalled that the Government of the 2nd President of the 4th Republic, His Excellency John Agyekum Kufuor, signed an MoU with Euroget s.a. for the construction of the hospitals in April 2008, gave Cabinet approval for the commencement of the project on 29th October 2008, with parliamentary approval received on 12th November 2008.

The site for the Upper West Regional Hospital was the first to commence construction in August 2010, after designs and value for money audit were approved. Various challenges, however, delayed the completion of the hospital projects.

Both Konongo and Kumasi Sewua Hospitals will be completed by November 2020, with the Salaga and Twifo Praso being completed and handed over in 2020.

The total cost for the New Upper West Regional Hospital is $52 million.

Speaking at the event, President Akufo-Addo described the commissioning of the hospital as the “highlight of my tour of this Region.”

The completion and commissioning of hospital, he explained is a good comment about Ghana.

It is this continuity, President Akufo-Addo added, that makes Ghana an attractive destination for foreign investment and foreign interest in Ghana, because agreements struck by one government are respected by successive governments.

Whilst applauding the Egyptian company for the construction of the hospitals, the President stated that “the social infrastructure that we need to develop and establish in our country continues apace, the modernization of our country continues apace. And, it is important that we recognize how significant it is that we are able to develop this kind of infrastructure.”

The President reinforced the call made by the Minister for Health, Hon. Kwaku Agyemang Manu, about the need to strengthen and embrace the culture of maintenance, and urged administrators of the hospital to ensure that it does not fall into a state of disrepair.