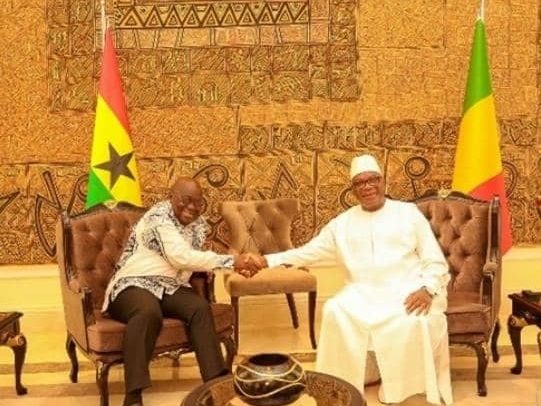 President Nana Addo Dankwa Akufo-Addo, has commiserated with the government, family, and people of Mali following the death of former President, Ibrahim Boubacar Keita, which occurred on Sunday, 16th January 2022.

President Akufo-Addo, in a statement, addressed to the Head of the Transitional Government of Mali, Col. Assimi Gotta said he learned the news of President Keita’s death with sadness.

“On behalf of the people of Ghana and the ECOWAS Community, and my behalf, I extend deep condolences to you, the people of Mali, his widow and family”, the statement said.