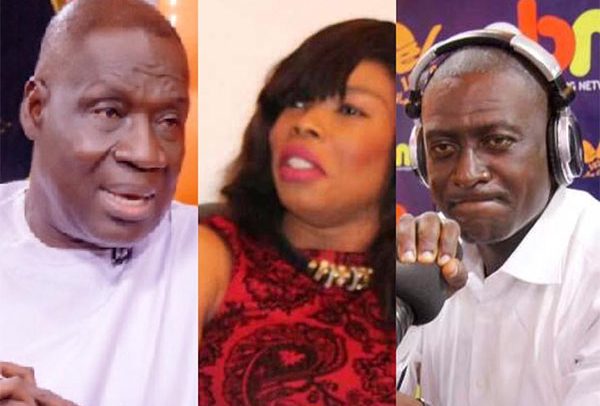 Music producer, John Mensah Sarpong has mentioned broadcaster, Captain Smart as one of the reasons he parted ways with gospel musician, Ama Boahemaa after producing her works.

According to him, Captain who had shown interest in marrying Ama was backbiting him to the “Bue Kwan Ma Me” singer.

In an interview with XYZ TV, he disclosed that Smart misled Ama into not appreciating his works and their subsequent decision to go their separate ways.

“Ama said a lot that were not true. I remember Andy Dosty interviewed her on Angel Fm and that led to lot of issues. I took my one year bank statement to Andy Dosty to read to listeners to clear the air on monies Ama received from me.…also Captain Smart was behind backbiting me. When it started he said he would marry Ama. They were cool. So I called Captain Smart and told him, the young lady doesn’t know anything and he should be careful with the kind of things he had been telling her,” he indicated.

Asked if Captain and Ama dated, he said “Captain was very cool with her but I couldn’t tell if they dated.”

According to John, even though Ama betrayed him, he won’t call her an ingrate. He would rather say she did not appreciate him.

John Mensah is one of Ghana’s longest serving music producers. Aside Ama Boahemaa he also worked with several others such as Stella Dugan and Kwaku Gyasi.