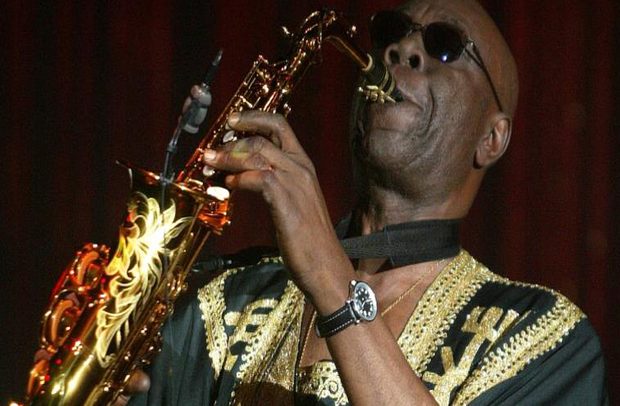 He described the late musician as a legend who played active role in promoting African music on the international music platform.

The legend, Manu Dibango, who died on Tuesday in Paris after catching Coronavirus, was best known for his 1972 hit song, ‘Soul Makossa’.

The Cameroonian saxophonist is one of the first global stars to die from COVID-19.  He was 86.

Reggie, in his tribute, said he was indebted to the legend whose sounds influenced his hiplife musical career.

According to him, U.S.-based hip hop artiste, Jay-Z, sampled his (Manu Dibango) song and he went out for his money “but when I used it, he said, for me it is free.”

He mentioned that the last time he met the Jazz legend was at AFRIMA, where he had a chat with him.

“My heart goes out to his family…we are his family, we all grew up to his music,” Reggie said.

On Twitter, Angelique Kidjo shared a video, recorded two months ago, of her rehearsing the end of ‘Soul Makossa’ with Dibango.

“You’re the original giant of African music and a beautiful human being,” she wrote.

The late musician was supposed to perform with Kidjo at the Carnegie Hall in New York City in the United States of America on March 14, but pulled out because according to Kidjo, “he’s too old to be traveling like that.”

The show was later canceled due to the Coronavirus outbreak.

The Senegalese singer, Youssou Ndour, called the Cameroonian a “genius” on the saxophone and described him as a “big brother, a pride for Cameroon and all of Africa.”

Both Ndour and Kidjo, along with other stars such as Salif Keita, Papa Wemba and King Sunny Ade, worked on Dibango’s 1994 album Wakafrika.