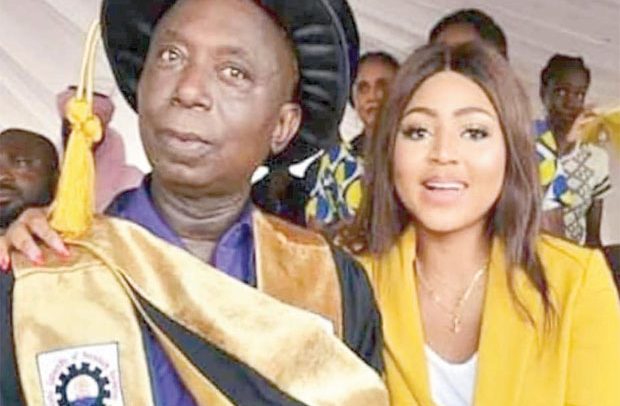 Reports about the marriage went viral after a photograph of her and the old man popped up on social media.

Some Nigerians are extremely not happy about the development because they claimed that she is married to a man who is old enough to be her grandfather.

However, those who support her argue that the couple hasn’t broken any law. In Nigeria, anyone above 18 years can get married.

Regina Daniels is currently one of the youngest actresses in Nollywood and perhaps the richest. While some reports captured her age as 19 and 20, others said 18.

She allegedly recently acquired a multi-million naira house for her mum and a brand new Benz for herself.

That resulted in a people suspecting of her of having a ‘sponsor’, which eventually turned out to be Nwoko, who is alleged to have other wives.

‘Miss Ghana Has Made Me A Better Woman’