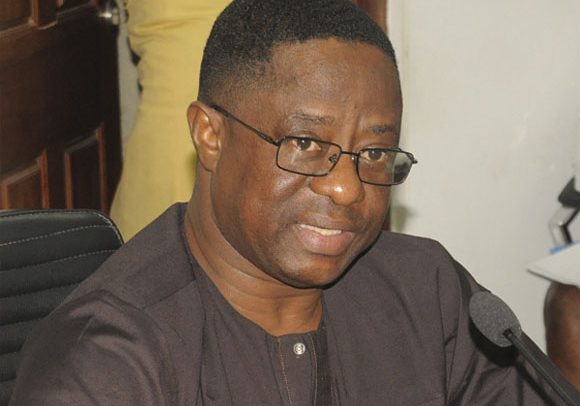 The Hohoe Municipality virtually came to a standstill when residents rallied together to hold a mammoth durbar to announce their desire to have John Peter Amewu, Energy Minister to be their Member of Parliament (MP).

The residents who were in their hundreds had come from all parts of the Hohoe Constituency namely Alavanyo, Liati, Ahor, Amele, Ve and even Accra to make a case for Johnny as he is affectionately called to represent them in Parliament.

The residents, most of whom are members of the Agenda for Development (AforD) group in Hohoe, said despite being a seat consistently occupied by the National Democratic Congress (NDC), Mr. Amewu has proven beyond all reasonable doubt that he can better represent Hoheo in parliament even though he is a New Patriotic Party (NPP) member.

They have therefore charged Mr. Amewu who is known for being one of the most hardworking Ministers in the current government to contest in the upcoming NPP parliamentary elections in the Hohoe constituency.

According to the group which is popularly called “Dunenyo”, they have been observing the contribution of Mr. Amewu in the constituency for over a decade now, hence their conviction that the entire constituency must give him a chance.

They have therefore promised to voluntarily contribute funds to pick the nomination forms for him to contest the NPP primaries.

They will also organise themselves properly to undertake a massive campaign throughout the constituency to ensure he wins the NPP primaries and the MP seat eventually.

The spokesperson of the group, George Dogbey, noted that the group consists of everyday people like “farmers, traders, drivers, teachers, nurses, barbers, among others” who are tired of the status quo which has brought them empty promises and nothing to boast off.”

He observed that thanks to Amewu, “a new wind blowing in Hohoe, many people believe that it is time Mr. Amewu is given the chance to bring about the needed development to the area. He has proven a track record of a workaholic, someone who loves and cares about his people.”

He said the Energy Minister who was once the Lands and Natural Resources Minister, under whose leadership the Stop Galamsey Campaign began has cleared the arrears of Senior High School Leavers who prior to the Free SHS owed fees in schools and could not get their certificates.

He thanked Mr. Amewu for facilitating the provision of streetlights in the constituency and the construction of a stadium in the area.

Should Mr. Amewu contest the NPP primaries and win, he will be contesting one of five persons contesting in the NDC primaries to also represent Hohoe in Parliament. With the incumbent, Bernice Adiku Heloo withdrawing to contest, many believe that Mr. Amewu is likely to delve a big blow to the NDC’s chances of retaining the seat.