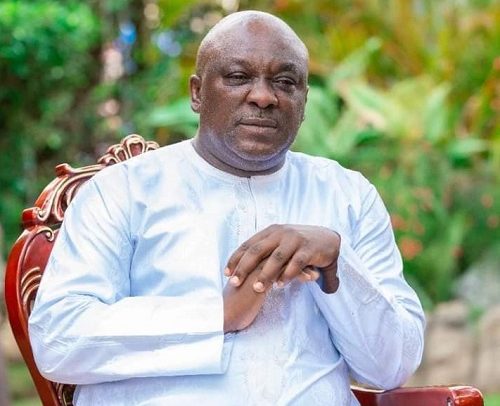 Chairman of the Parliamentary Select Committee on Trade, Industry and Tourism, and MP for Tema West, Carlos Ahenkorah, has stated that government would not do anything untoward that would compound to increased cost of doing business at the ports for traders.

Contributing to a discourse on the Eye on Port program following the reading of the national budget for 2022, Carlos Ahenkorah urged traders to tarry awhile with their agitations while the ministry of 8nance emerges with clear education on the said review of the benchmark value reduction on imports.

He said, “they should not misconstrue the Minister’s words that there was going to be a review of the benchmark values to mean that we are going to increase. We do not know what the Minister has in mind as we speak.”

He expressed con8dence that the review would be in the interest of traders and Ghanaians as a whole.

Mr. Ahenkorah stated that, “I am not sure the Minister would not do anything to the detriment of the peace we have enjoyed with the traders so they should be rest assured. No matter the case, I do not think anyone is going to make any changes that would serve as a deterrent or a loss of capital for their businesses.”

Mr. Ahenkorah said, “for the <rst time in the history of this country, we are going to get people who haven’t contributed anything to the government kitty, pay something little in the form of momo transfers.”

On the same programme, the President of the Ghana Union of Traders Association, Dr. Joseph Obeng, and his counterpart from the Automobile Dealers Association of Ghana, Eric Kwaku Boateng, expressed vehemently that any negative outcomes from the said review would be catastrophic to the trading community.

They intimated that the gains from the reduction on the market and government revenue is enough evidence that the policy introduced in 2019 has been a prudent one, and an attempt to reverse it would be a counterproductive move.

According to them the 30% and 50% reduction in benchmark values of vehicles and general goods respectively has brought much relief to traders and the ordinary consumer in the midst of extreme hardships during the COVID 19 pandemic.

The traders called for urgent clari8cation to be provided on what the said revision of the policy would comprise to disabuse existing agitations.

No Ghana Card, No Registration- EC