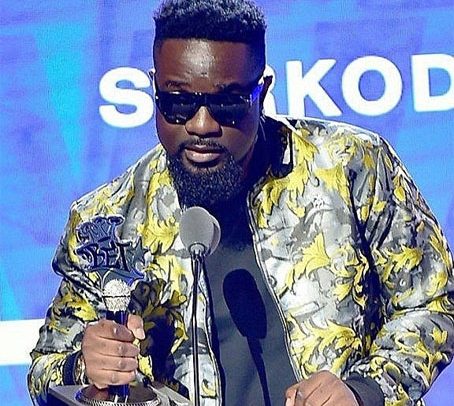 Vodafone Ghana Music Awards (VGMA) Artiste of the Decade (2019), Michael Owusu Addo, popularly known as Sarkodie, will release his much anticipated latest album titled ‘No Pressure’ in July this year.

The award-winning Ghanaian rapper, who made the announcement on social media on Monday, noted that the album is in partnership with a digital video streaming platform.

The new album, which is yet to hit both local and international music markets, has been equipped with danceable tracks to entertain his numerous fans in Ghana and beyond.

The songs on the album, BEATWAVES gathered, will also be made available on the various digital stores soon after it is released, for his fans to download.

Sarkodie, who is recognised as one of Ghana’s successful music icons consistent in their musical career, has thrilled fans at a number of corporate and private events.

Apparently, Sarkodie is among the few Ghanaian performing artistes who are currently working tirelessly to market Ghanaian music on the international music market.

His contributions to the Ghanaian music industry have earned him numerous accolades, including the Vodafone Ghana Music Award for “Artiste of the Decade”.

He was announced the first winner of BET’s Best International Flow artiste at the 2019 BET Hip Hop Awards.

He is also considered one of the major proponents of the Azonto genre and dance, and one the most successful African rappers of all time.

Sarkodie released his debut extended play (EP) ‘Alpha’ in June 2019. The six-track EP featured artistes such as Joey B and the late Ebony Reigns.

The Guardian also listed him as one of its top five hip hop acts on the African continent in the same year.

He was ranked eighth on Forbes and Channel O’s 2013 and 2015 list of the Top 10 Richest/Bankable African Artistes.