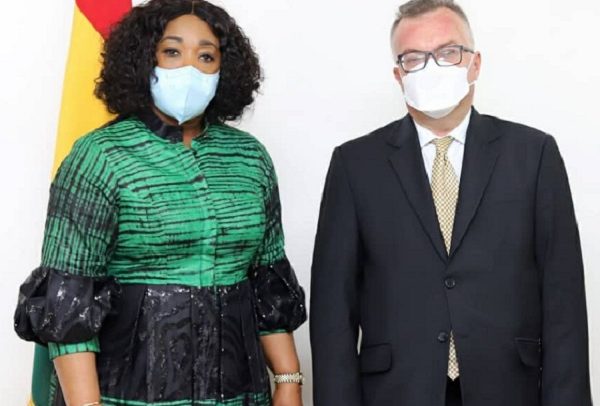 Djura Likar, the Ambassador of the Republic of Serbia to Ghana has paid a courtesy call on Shirley Ayokor Botchwey, President’s Representative for Foreign Affairs and Regional Integration.

He met the Minister-designate for Foreign Affairs and Regional Integration, on Tuesday, February 23, 2021.

During the meeting, she commended the Ambassador for taking time to come to Accra to commiserate with the family of the late Mr. Steve Mawuenyega, who until his death on 12th January, 2021, was the Honorary Consul of Serbia to the Republic of Ghana.

She stated that the late Mr. Steve Mawuenyega, during his tenure as Honorary Consul of Serbia to the Republic of Ghana, worked assiduously to strengthen the relations between the two countries which have been longstanding, warm and cordial since the establishment of diplomatic relations in the 1950s. 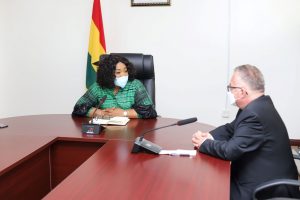 She noted that the friendship and cooperation between Ghana and Serbia, particularly in recent times, have been marked by the exchange of notable high-level visits such as the visit to Belgrade by the former speaker of Parliament, the Rt. Hon. Prof. Aaron Mike Oquaye in 2018 and the visit to Belgrade in 2019 of Hon. Shirley Ayorkor Botchwey as Minister for Foreign Affairs, testify to the growing exchanges between the two countries.

According to her, the visit of the former speaker of Parliament, the Rt. Hon. Prof. Aaron Mike Oquaye, was instrumental in the establishment of the Parliamentary Friendship Association between Ghana and Serbia and mentioned the signing of a Memorandum of Understanding on Political Consultations between the Foreign Ministries of both countries.

She expressed the hope that high-level visits would increase in the coming years to facilitate closer cooperation and give further impetus for the common efforts to deepen and broaden relations and cooperation in diverse spheres for the mutual benefit of the Ghanaian and Serbian peoples. 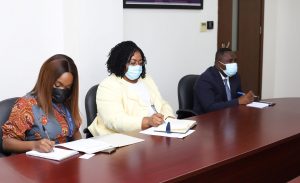 She acknowledged the immense contributions made by the Republic of Serbia towards the economic development of Ghana since the 1950s and mentioned in particular, the construction, by the EnergoProjekt Company, of the Accra International Conference Centre (AICC), a major facility which has served Ghana well in the hosting of international conferences and events in Ghana.

She expressed appreciation to the Government of Serbia for their continued support to the human resource development of Ghana through the offer of Serbian Government scholarships to Ghanaian students to pursue various degree and post-graduate programmes in Serbian Universities.

She applauded the Serbian Government for the 12 scholarship slots offered to Ghanaian students for the 2021 academic year, for deciding to extend the deadline for submission of applications for Ghana and stated that the Scholarship Secretariat of Ghana is working assiduously to submit names of the selected beneficiary students for submission to the Serbian Authorities.

She said though bilateral trade between our two countries is modest, it is her expectation that it would improve with the coming into force of the African Continental Free Trade Agreement (AfCFTA), which would create a huge market of 1.2 billion people, an opportunity for Serbian investors to explore new opportunities on the African continent, with Ghana as the entry point.

She urged Serbian investors to take advantage of this development, identify their areas of interest and use the conducive business environment in Ghana as a springboard to access the continental market.

She mentioned the need for countries such as Serbia to act as advocates for developing countries such as Ghana to have access to affordable vaccines in the global fight against the COVID-19 pandemic that has badly hit the global economy and stated that it behoves on countries to utilise traditional friendships to jointly battle the pandemic.

She thanked the Government of Serbia for their continued collaboration with Ghana and extending vital support for Africa on the very important matter of the reform of the UN Security Council.

She recalled that President Nana Addo Dankwa Akufo-Addo was instrumental in the processes leading to the Ezulwini Consensus and Expressed the hope that Ghana can continue to count on the support of Serbia for consensus and work closely together to move the negotiations forward, but in the right direction.