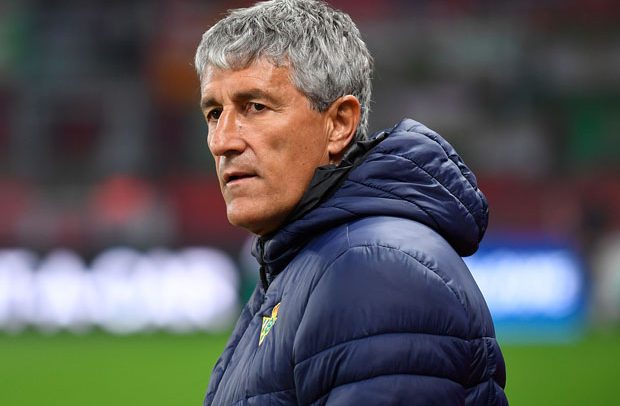 Ernesto Valverde’s tenure as Barcelona coach is over after he was sacked by the club Monday and replaced by former Real Betis manager Quique Setien in the Camp Nou dugout, the team announced.

Setien was handed a contract that runs through the 2022 season. Barca were keen to offer him the role until the end of the season with the option to extend for an additional 12 months in the summer, but his agent, Edoardo Crnjar, pushed for a longer deal.

Setien, 61, will take over a Barcelona side who sit top of La Liga and are safely through to the Champions League knockout rounds, where they face Italian side Napoli in the last 16.

The club’s open pursuit of former captain Xavi Hernandez, who turned down the chance to return as coach on Sunday, left Valverde’s future hanging by a thread.

Barca president Josep Maria Bartomeu met with Valverde at the club’s training ground Monday, where he had previously taken part in practice with the players ahead of Sunday’s game against Granada.

Bartomeu then traveled to Camp Nou, where he met with other members of the club’s hierarchy to ratify Valverde’s dismissal and finalise the terms of Setien’s appointment.

Al-Sadd boss Xavi, who left Barca for Qatar in 2015, had been the first choice to take over, but, following two days of talks with sporting director Eric Abidal and CEO Oscar Grau in Doha over the weekend, Xavi told them the timing wasn’t right. He remains open to returning in the future.

The list of potential replacements who were then linked with the role was extensive. Ronald Koeman, Mauricio Pochettino and Garcia Pimienta were among those mentioned, but it was Setien whom the club decided to turn to in the end.