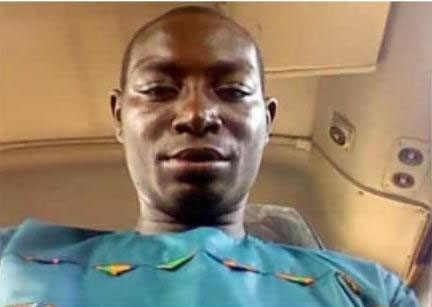 The Headteacher of Salvation Army Junior High School at Asamankese, the Lower West Akyem Municipality in the Eastern Region, Edward Adu, has been accused by a JHS 3 student of defiling her seven times.

According to the student, the headteacher has allegedly been having sexual intercourse with her at his office since 2020, and reportedly ends up threatening her life not to tell anybody after defiling her.

The 16-year-old girl is claiming that her headteacher began to sexually assault her during the early stages of the COVID-19 pandemic.

She narrated that “last year, when I came to school the headteacher called me to his office to remove some files for him, then suddenly he kissed me. I told him I don’t like it,” adding, “I went back to class to take part in the next lesson and whilst I was learning he came to the class to call me to his office again, and took me inside the second office and asked me to undress which I refused but he forcefully removed my underwear, licked and had sexual intercourse with me.”

She continued that “since then he has had sexual intercourse with me seven times. At a point, I told one of my best friends that anytime the headteacher calls me to his office she should come and hide and raise alarm. My friend did that and saved me two times but didn’t raise the alarm. She rather told me to tell my mother but my mother will raise hell so I didn’t tell her.”

The accused headteacher, Edward Adu, has since refused to comment on the matter when contacted, and rather said he was recovering from the accident.

Meanwhile, the case has been reported to the Lower West Akyem Municipal Education Directorate and Domestic Violence and Victims Support Unit (DOVVSU), but no arrest has been made.