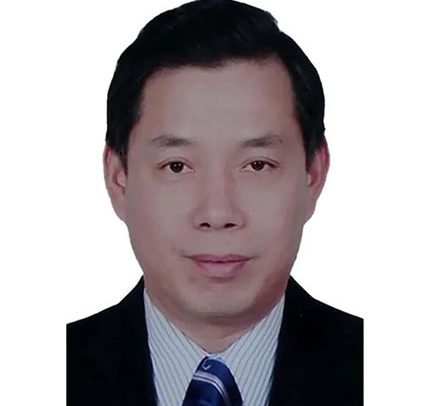 On October 25, 1971, the 26th Session of the General Assembly of the United Nations adopted, with an overwhelming majority, Resolution 2758, and the decision was made to restore all rights of the People’s Republic of China in the United Nations and to recognize the representatives of the Government of the People’s Republic of China as the only legitimate representatives of China to the United Nations. It was a victory for the Chinese people and a victory for people of the world. It came as the result of joint efforts of all peace-loving countries that stood up for justice in the world. It marked the return of the Chinese people, or one-fourth of the world’s population, back to the UN stage. The importance was significant and far-reaching for both China and the wider world. It signified that the UN had truly become the most representative and authoritative inter-governmental organization. It also opened a new chapter in China’s cooperation with the UN.

Over the past 50 years, China, with concrete actions, has lived up to the purposes and principles of the UN Charter, and has served as an important builder of world peace, the biggest contributor to global development, and a firm defender of international order. For these 50 years, the Chinese people have demonstrated an untiring spirit and kept to the right direction of China’s development amidst changing circumstances, thus writing an epic chapter in the development of China and humanity. For these 50 years, the Chinese people have stood in solidarity and cooperation with people around the world and upheld international equity and justice, contributing significantly to world peace and development. For these 50 years, the Chinese people have upheld the authority and sanctity of the United Nations and practiced multilateralism, and China’s cooperation with the United Nations has deepened steadily.

China has stood actively for political settlement of disputes through peaceful means. It has sent over 50,000 peacekeepers to UN peacekeeping operations, and is now the second largest financial contributor to both the United Nations and UN peacekeeping operations. China has been among the first of countries to meet the UN Millennium Development Goals. It has taken the lead in implementing the 2030 Agenda for Sustainable Development, accounting for over 70 percent of global poverty reduction. China has acted by the spirit of the UN Charter and the Universal Declaration of Human Rights, and earnestly applied the universality of human rights in the Chinese context. It has blazed a path of human rights development that is consistent with the trend of the times and carries distinct Chinese features, thus making major contribution to human rights progress in China and the international human rights cause.

From being the world’s biggest recipient of aid to a contributor to global development, China has implemented several thousand complete projects and programs of in-kind assistance, over 10,000 projects of technological cooperation and human resources development, and provided more than 400,000 training opportunities, benefiting over 160 fellow developing countries. It has launched the Belt and Road Initiative, creating the world’s largest cooperation platform and a Belt and Road family of 141 countries and 32 international organizations. This has greatly cemented and expanded gains in the common development of the world. From lacking medical and health resources to a pillar in responding to global public health crises, China has engaged actively in international cooperation against COVID-19, honored its important commitment of making Chinese vaccines a global public good and given a strong boost to building the global immunization shield. Not long ago, at the 76th Session of the UN General Assembly, President Xi Jinping proposed a Global Development Initiative, with the hope that countries will work together to overcome impacts of COVID-19 on global development, accelerate implementation of the 2030 Agenda for Sustainable Development, and build a global community of development with a shared future.

The trend of the world, vast and mighty, prospers those who follow it and perishes those who go against it. Over the last 50 years, for all the vicissitudes in the international landscape, the world has remained stable as a whole, thanks to the concerted efforts of people of all countries. The world economy has grown rapidly, and innovation in science and technology has kept breaking new ground. A large number of developing countries have grown stronger, over a billion people have walked out of poverty, and a population of several billion are moving toward modernization.

In the world today, changes unseen in a century are accelerating, and the force for peace, development and progress has continued to grow. The world is at a new historical crossroads. It falls upon us to follow the prevailing trend of history, and choose cooperation over confrontation, openness over seclusion, and mutual benefit over zero-sum games. We shall be firm in opposing all forms of hegemony and power politics, as well as all forms of unilateralism and protectionism. We should vigorously advocate peace, development, equity, justice, democracy and freedom, which are the common values of humanity, and work together to provide the right guiding philosophy for building a better world. We should jointly promote the building of a community with a shared future for mankind, and work together to build an open, inclusive, clean and beautiful world that enjoys lasting peace, universal security and common prosperity. We should stay committed to mutual benefit and win-win results, and work together to promote economic and social development for the greater benefit of our people. We should step up cooperation, and work together to address the various challenges and global issues facing humanity. We should resolutely uphold the authority and standing of the United Nations, and work together to practice true multilateralism. We should respect the United Nations, take good care of the UN family, refrain from exploiting the Organization, still less abandoning it at one’s will, and make sure that the United Nations plays an even more positive role in advancing humanity’s noble cause of peace and development. China will be happy to work with all countries under the principle of extensive consultation, joint contribution and shared benefits to explore new ideas and new models of cooperation and keep enriching the practice of multilateralism under new circumstances.

A review of the past can light the way forward. Fifty years ago, H.E. John Kufuor, former President of the Republic of Ghana, voted for Resolution 2758 at the 26th Session of the UN General Assembly of. We are extremely grateful for Ghana’s valuable support. As Ghana will assume the position of non-permanent member of the UN Security Council from next year, China looks forward to strengthening communication, coordination and mutual support in multilateral area with Ghana, jointly safeguarding UN’s core role in international affairs, and working tirelessly to advance the noble cause of peace and development for humanity.

Gyasi Beats Them All