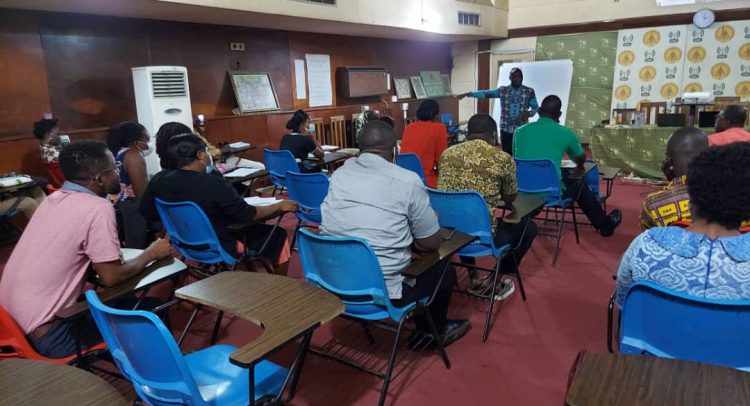 Chairman of the Film Classification Committee, Socrate Safo as part of his mandate took management and staff members of Ghana Television (GTV) run by the Ghana Broadcasting Corporation into the reason why in-house productions are needed to be classified before airing.

The educational practice that happened last Tuesday, June 22, 2021 was aimed at ensuring that, all in-house audio-visual contents produced by the media house are classified before it goes out to the public.

Speaking in an interview, Mr Safo explained that for now, the committee is focusing on in-house productions of the television stations before moving to third party content in order not to create chaos.

He said the initiative was successful which saw to the promise of the media house to stick to the fact that all in-house productions are classified before aired to the public.

He added that since his assumption into office, he has engaged several media houses on such educational practice. He named Atinka TV, Joy Prime, TV3, Adom TV, among other 15 stations he has visited to engage them on punishment to refuse to classify contents before public airing.

Socrate revealed that so far, compliance of all the media houses he has visited have been excellent and commended the TV stations for their cooperation.

The Film Classification Committee is a body formed by the National Film Authority and mandated by the Development and Classification of Film Act 935 to preview and classify any audio-visual content intended for public exhibition in Ghana.

The categories of audio-visual content set within the scope of materials to be classified by the Film Classification Committee are feature films, short films, TV series and selected TV programmes, documentaries, advertisements and music videos.

Mr Safo, who is the head of Move Africa Productions, is credited with movies such as Hot Fork, Love and Sex, Sexy Angel and God is Wicked.