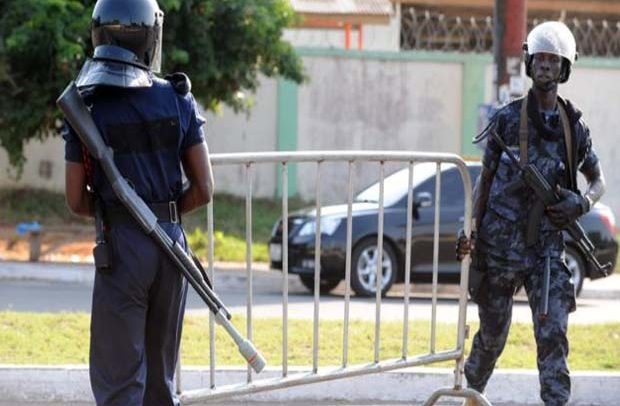 Some angry youth of Anyinam had planned to embark on a massive demonstration even though they did not have police permit to do so.

According to reports, the youth were incensed because, to them, AngloGold Ashanti that operates on their lands is not employing their people.

The Anyinam youth who were said to be in large numbers then decided to show their displeasure through the demonstration without permit.

Armed with this information, the police rushed to Anyinam around 5am to stop the protesters from hitting the streets and by the time the police arrived at the place, the youth had already blocked some principal streets in the hitherto peaceful community.

The police then ordered them to remove the blocks from the road but the charged youth ignored them.

The irate youth reportedly attempted to take advantage of their huge number to overpower the policemen but sensing danger, they called for reinforcement and within few minutes, armed military men flooded the streets of the town.

The military/police team eventually managed to stop the youth from hitting the streets to demonstrate and the blocks and woods were cleared from the streets by the law enforcers.

However, some of the youth refused to leave the place in peace as they resorted to stone throwing, resulting in the windscreen of a military car being damaged.

Reports indicated that about six youths, who were very ‘stubborn’ and still attempted to disturb the peace of the town, were apprehended by the police.

Calm has since been restored to the town.