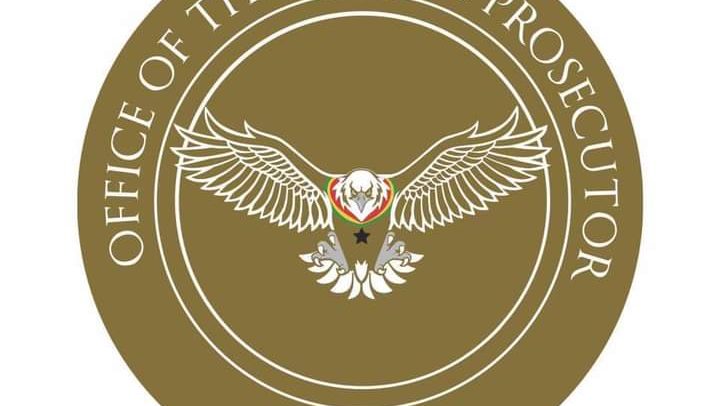 The Office of the Special Prosecutor (OSP) has developed a logo signifying a protector with strength keeping watch over the country.

The logo is a heraldic symbol of an eagle in flight in a swoop down inclined with an outstretched full wingspan and around its neck hangs a black star medallion suspended from a ribbon of the national colours.

Much has not been seen of the office since it’s creation till the resignation of Martin Amidu, the first Special Prosecutor (SP).

The new SP appears to be branding the office with the release of this logo today.

Lawyer Kissi Agyebeng was sworn into office this month.