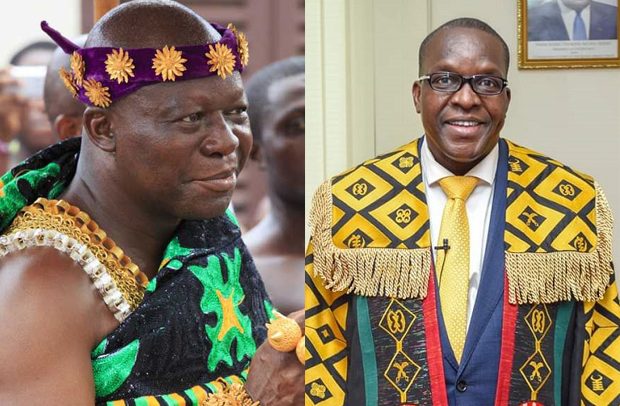 ALBAN BAGBIN has officially introduced himself as the Speaker of the Eighth Parliament of the Fourth Republic, to the Asantehene, Otumfuo Osei Tutu II.

The historic meeting between the two dignitaries was held at the Manhyia Palace, the official seat of the Asante King in Kumasi on Saturday, palace sources disclosed, but added that the meeting was held behind closed doors.

Credible sources at the Manhyia Palace said Speaker Bagbin was at the palace to seek Otumfuo’s blessings and support to help him succeed.

According to them, the King and the Speaker discussed critical national issues, especially, regarding the operations of Parliament and government in general.

Both dignitaries, reportedly, also talked about measures needed to be taken to help accelerate national transformation and better the lives of the people.

The sources said the Asantehene offered his blessings and support to the Speaker of Parliament just as he (Bagbin) had requested from the Monarch.

Otumfuo also admonished the Speaker of Parliament to carry out his important duties with diligence and eschew partiality so that the country could experience massive growth.

It was the first time in the political history of the country that a member from the opposition was being elected to lead the legislature after a closely fought parliamentary election.

Mr. Bagbin has so far kick-started his duties as the Speaker of Parliament on a positive note, with many believing that he would live up to high expectations.