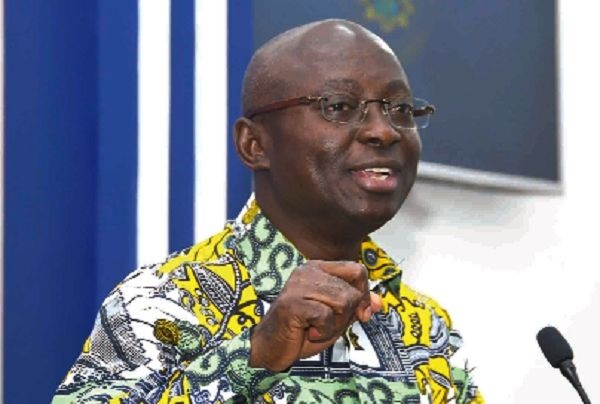 The Office of the Special Prosecutor (OSP) has terminated an investigation into a complaint of alleged financial malfeasance filed against the Member of Parliament for Abuakwa South, Samuel Atta Akyea for lack of evidence.

The OSP in its half-year report for 2022 said “complainant admitted that he filed the complaint without any basis and that he was paid to fabricate the content of the complaint.”

According to the Statement, “The complainant and his accomplices are under investigation for filing the complaint with the singular aim of tarnishing the reputation of the respondent”.

A citizen of Ghana, Daniel Kwasi Amponiy on Thursday, December 16, 2021, petitioned the OSP to probe an alleged $81bn financial malfeasance in separate housing contracts signed by Mr. Atta Akyea in 2018/2019.

The petition, which was sent to the Special Prosecutor, Kissi Agyebeng, was signed by Daniel Kwasi Amponiy in his capacity as a citizen of Ghana, requesting that the Special Prosecutor should prosecute the Member of Parliament for Akim Abuakwa South, Atta Akyea for causing financial loss to the state.

The petitioner said, per documents available to him, Mr. Atta Akyea allegedly violated the legislative functions of Parliament as stipulated in article 93(2) of the Constitution in signing the contracts in question.

The petition reads: “In fact, there’s the detection of official fraud and malfeasance by the actions of Hon. Samuel Atta Akyea, and it is a flagrant breach of section 179A(3)(a) of the Criminal and Other Offences(Act 29), 1960 (as amended).”

Mr. Atta Akyea was appointed Minister for Works and Housing on the 7th February 2017 by President Nana Addo Dankwa Akuffo-Addo and served until January 7th, 2021. He was not given any ministerial appointment in the second term of the Akufo-Addo administration.