Spurs Ahead Of Man U …For Bale Signature 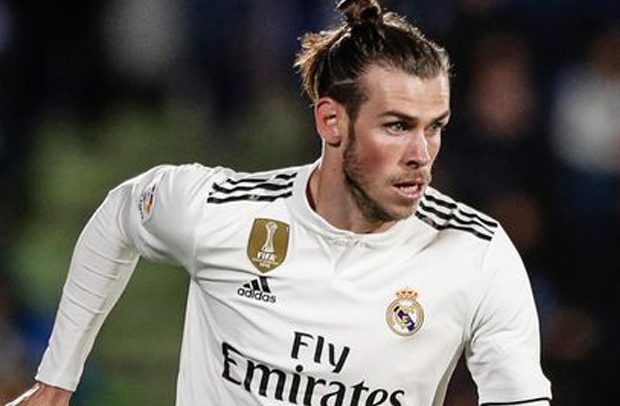 Gareth Bale’s former club Tottenham have stolen a march on Manchester United in the race to sign him, according to reports.

Sportsmail revealed on Monday that United are considering a dramatic move for the Real Madrid forward with their hopes of signing Jadon Sancho fading.

The 31-year-old Welshman is one of several options on the table with manager Ole Gunnar Solskjaer determined to bring in a right-sided forward before the transfer window closes next month.

But ESPN report that Tottenham have moved ahead of the Old Trafford club and claim the north London club have already made efforts to strike a deal with their former star and the Spanish giants.

The report adds that while United’s chances of signing Bale hinge on the outcome of their pursuit of Borussia Dortmund star Sancho, Spurs manager Jose Mourinho has made it clear to chairman Daniel Levy that he needs attacking reinforcements to ease the goalscoring burden on Harry Kane.

The same outlet adds Bale is attracted by the prospect of a move to Old Trafford, but claim Spurs have the upper hand because United boss Solskjaer only sees the four-time Champions League winner as a back-up option to England star Sancho.

Bale has been frozen out by coach Zinedine Zidane and is keen to leave the Bernabeu after Madrid scuppered his transfer to Jiangsu Suning in China last summer by demanding a transfer fee once he had agreed wages of £1million-a-week.

Bale moved to Spain from Tottenham for £86m in 2013 and still has two years left on his contract, but Madrid have expressed a willingness to pay 50 per cent of his £600,000-a-week salary to help smooth his departure.

And if United opt for a move for Bale, they are likely to propose a loan which would allow them to try again for Sancho at the end of the 2020-21 season.

But Bale’s age and recent injury record will count against him and there are still many stages to pass before a return to the Premier League occurs.