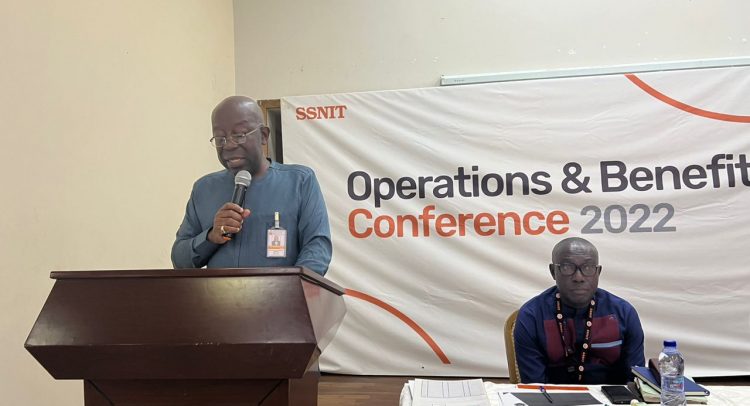 The Director-General of the Social Security and National Insurance Trust (SSNIT), Dr. John Ofori-Tenkorang has hinted that the Trust has made a whopping GHC3. 4 billion as pension payments as of October 2022.

According to him, the payments include pension, survivor’s benefits and lump sums which are one-time payments made to SSNIT contributors who are not yet pensioners but are rendered vulnerable.

The Director General of SSNIT disclosed this at the Opening Ceremony of the Operation and Benefits Conference held in Koforidua, the Eastern Regional capital.

Dr. Tenkorang disclosed that despite the tough economic environment, SSNIT continues to pay significant amounts of money to its members which in turn gets pumped into the country’s economy to help pensioners survive.

He indicated that the Trust has been able to increase its self-employed membership from 14,000 during the turn of the year to 18,000 which is a 30% increment.

Dr. Tenkorang attributed the sharp increment to the consistent stakeholder sensitization exercise by the Trust nationwide.

He emphasized that over 8 million Ghanaians are working who are either not contributing to SSNIT pension scheme or not on the scheme at all and the Trust is working tirelessly to bring all of them onboard to secure their retirement.