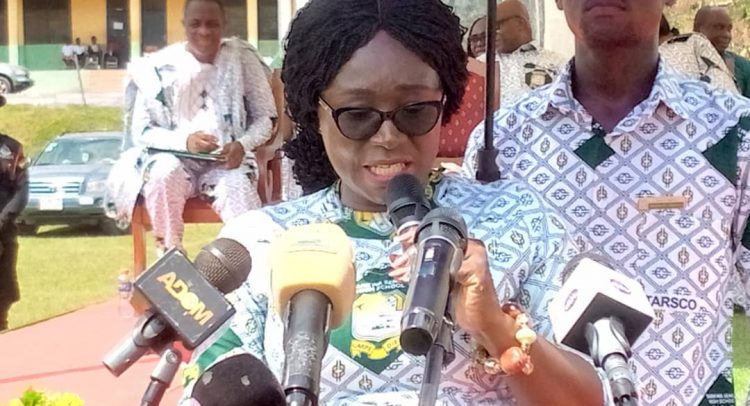 The Vice President, Dr. Mahamudu Bawumia has explained that the introduction of the free Senior High School (SHS) was to develop Ghana’s human resources to help exploit the country’s natural resources efficiently.

He stated that gone were the days when the country thought because it has gold, diamond, timber, bauxite, and other natural resources, it was rich.

“But now nations have realized that with all these resources if you do not develop your human resource, you would be in trouble”.

He added, “That is why the President Nana Addo Dankwa Akufo-Addo-led government introduced the free SHS and free Technical and Vocational Education Training (TVET) programme which he said has improved the quality of education.

The Vice President stated this in an address read on his behalf at the 60th Anniversary celebration of Tarkwa Senior High School (TARSCO) in the Tarkwa-Nsuaem municipality of the Western Region.

It was on the theme “Achieving Academic Excellence Through Discipline for National Development”.

The Deputy Minister of Education in charge of TVET, Madam Gifty Twum Ampofo, a past student of the school who read the vice president’s address said teachers were not left behind when the government introduced the programme.

“The government introduced a policy of subsidizing acquisition of laptops by teachers, introduced professional development allowance for teachers, and transformed the best teacher award to the Ghana teacher award with attractive prizes,” she said.

The headmaster of the school, George Oduro, was grateful to the government for constructing a six-unit classroom block, a girls’ dormitory, roads within the school, and the donation of a 65-seater bus to the school.

He disclosed that the school had been performing well in the West African Senior School Certificate Examination but stressed that management had put in place effective strategies to ensure the student’s performance improved every year.

He mentioned perennial flooding of the school when it rained heavily as one of the major challenges confronting the school.

Awards were presented to deserving students, staff, and some past students including, Fiifi Boafo and Albert Dwumfuor, Head of Public Relations of Ghana Cocoa Board (COCOBOD) and President of Ghana Journalists’ Association respectively.

The dignitaries and some old students joined hands to cut the 60th-anniversary cake.