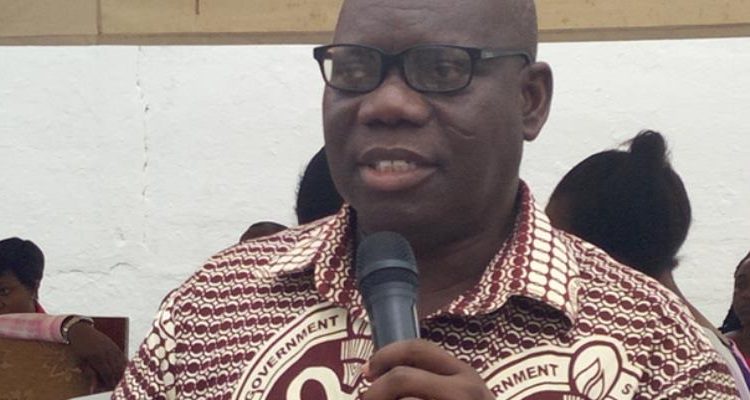 The Sekondi-Takoradi Metropolitan Assembly (STMA) has inaugurated one of the government’s flagship programme, Planting for Exports Rural and Development (PERD) with distribution of three thousand five hundred (3,500) seedlings of coconut to farmers.

The Metro Chief Executive, Anthony Kobina Kurentsir Sam indicated that the PERD programme was aimed at achieving the President’s vision of making agriculture economically viable and to bring about good financial returns to the country.

He added that the Assembly intends to cultivate and distribute twenty thousand (20,000) coconut and five thousand palm oil seedlings to farmers for free.

The Sekondi-Takoradi Mayor hinted that the Assembly opted for the cultivation of the two crops in view of their economic potentials to the farmers and the nation as a whole.

He, therefore, admonished the youth to take advantage of the venture to get them employed.

He reminded the beneficiaries that, personnel from the Agriculture department of the assembly would be visiting their farms periodically to monitor how they were maintaining the seedlings.

He commended all the participating farmers for accepting to be part of the programme and urged them to make good use and take advantage of all government policies and programmes.

The Metropolitan Director of Agriculture, Daniel Bentum Essel indicated that the Assembly recognized the economic benefits of the two crops hence their selection.

He added that the Assembly was cultivating more coconut seedlings because majority of the registered farmers were interested in the coconut than the palm oil.

He also assured the participating farmers that his outfit was having adequate personnel to support and give them all the necessary technical advice to improve the farms.

On behalf of the beneficiaries, John Arhin, a member of the assembly, thanked the Assembly and the government for the PERD programme.

He indicated that the programme would ultimately help farmers to improve their finances.

He assured the Assembly that the assembly members would cooperate with the Agriculture extension officers to ensure proper maintenance of the crops.

Lest We Forget = So That We Don’t Forget