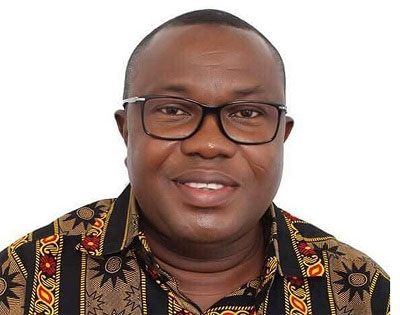 The embattled National Chairman of the opposition National Democratic Congress (NDC), Samuel Ofosu-Ampofo, has taken another step to stop the state in its efforts to prosecute him over the leaked tape for which he has been dragged before an Accra High Court.

The NDC Chairman has filed an application to stay proceedings before the court, presided over by Justice Samuel A. Asiedu.

Mr. Ofosu-Ampofo’s latest action comes at the back of an earlier dismissal of an application to have two out of the three charges against him struck out due to what his lawyers describe as lack of particulars.

The NDC Chairman and the party’s Deputy Communications Officer, Anthony Kwaku Boahen, are facing three charges before the court regarding the leaked audio recordings detailing strategies the NDC allegedly intends to use for 2020 elections, one being the kidnappings of family members of political opponents.

Mr. Ofosu-Ampofo was captured on the tape allegedly planning to commit crimes in the country and turn round to blame the ruling New Patriotic Party (NPP) for the crimes.

He has been charged with one count of conspiracy to cause harm and two counts of assault against a public officer.

Mr. Boahen, on the other hand, is facing one count of conspiracy to cause harm.

Mr. Ofosu-Ampofo had earlier filed an application challenging the charges of assault against a public officer but the court dismissed it.

When the case was called for hearing yesterday, his lawyer, Tony Lithur, indicated to the court that they filed a fresh motion on notice to stay proceedings which is scheduled for July 23. He, however, did not mention why they want the proceedings stayed.

The lawyer’s intervention came after the trial judge had ordered the state prosecutors to call their first witness to testify.

The state, however, indicated that their first witness was indisposed hence could not make it to court.

Again, the court dismissed another application by Dr. Aziz Bassit Bamba, lawyer for Kwaku Boahen, to strike out the charge of conspiracy to cause harm.

According to the lawyer, the documents filed by the state including the fact sheet did not contain the essential ingredient to prove the charge of conspiracy preferred against Kwaku Boahen.

The application was vehemently opposed by the prosecution led by Chief State Attorney, Asiama Sampong, who described it as “frivolous, unmeritorious and an abuse of the court process.”

According to him, the documents the defence lawyer was relying on for the application are supposed to be part of the items the prosecution intends to tender hence cannot be taken as evidence from the prosecution when the case has not even begun.

After listening to both sides, Justice Asiedu dismissed the application saying he found no merit in it.

The court had held that the legal submissions filed by the defence lawyer is an invitation to assess the case of the prosecution even before evidence is given, adding that until evidence is given “the facts are nothing but mere allegations which ought to be proved”. Therefore, the court cannot at this stage rely on the fact sheet and documents filed by the Attorney General.

The court then adjourned the matter to July 23 to hear the application for stay of proceedings filed by Mr. Ofosu-Ampofo.