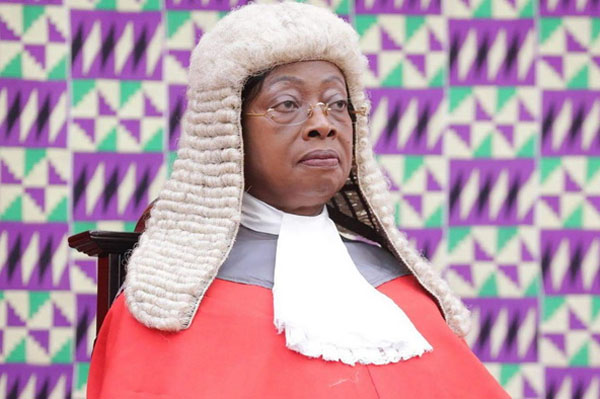 A statement issued by the Judicial Secretary, Cynthia Pamela A. Addo on behalf of the CJ said “failure to comply with this directive will lead to confiscation of offending equipment and other consequences.”

It stated that “it has come to the notice of Her Ladyship the Chief Justice that certain media houses have displayed pictures of parties in the courtroom on online portals.”

According to the statement, “other members of the media have been captured by the Court’s CCTV camera taking pictures.”

It added that “these actions by members of the media are clearly contrary to the Chief Justice’s directives on the use of electronic devices in court.”