Striking a balance between school rules and rights of students: A needle in a haystack 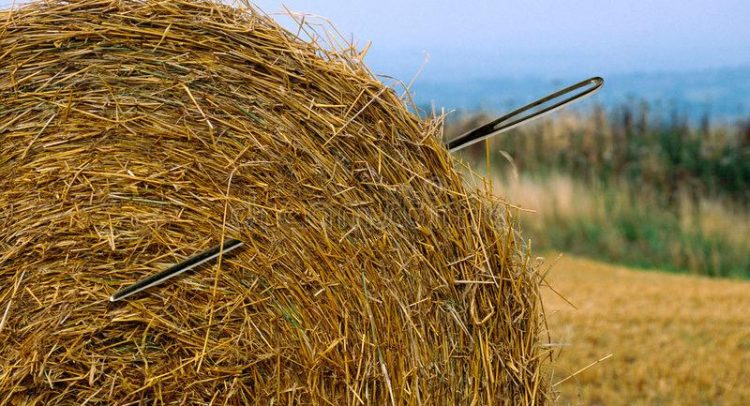 Recent events in Ghana’s educational institutions have thrown into sharp and uncomfortable focus the competing tensions between rules-bound institutions, as our schools are, and the rights of those who choose them as a means to securing an education.

First, it was the case of students with dreadlocks who were accepted and then denied admission to Achimota School. The school argued that its rules do not permit students to wear their hair in such a manner, while the students and their parents and defenders argued that it was an expression of (religious) identity that had to be accommodated by the institution. That matter is now in the courts. The results of that case would likely be a hugely significant moment in our evolving socio-cultural status as a country.
More recently, a young student at Wesley Girls High School, another of the nation’s prominent second cycle institutions has been cast, as it were, into the eye of a similar storm. The student in this case did not reject the barber’s scissors, but sought leave from the pleasures of the school’s dining tables, as she observes the holy Muslim month of Ramadan. The school took a rather dim view of this and refused permission. The girl’s father threatened to withdraw his ward from the school and after meetings between the Ministry of Education and the leadership of the Methodist Church, the mission to which the school owes allegiance, the Ministry advised schools to allow students to fast, provided their parents formally absolved the school from any health consequences that may be occasioned by the ascetic observance.

This has not gone down well with some stakeholders. The Methodist Church has expressed serious reservations about the guidance issued by the Ministry, while the school’s alumni and Parent-Teacher Associations have all come to the defence of the school’s decision. On the other hand, my colleagues Muslim Caucus in Parliament and the Islamic Doctors Association of Ghana have defended the right to fast and in the case of the latter, vouched for its safety.

As so often happens in a free society, we are at a vital crossroads that we can use to grow or allow ourselves to be torn apart. The unfortunate and emotive take on the issue, from various quarters, miss the point of what a democracy is and ignore the fact that society is at the best of times, a vast and unwieldy morass of competing rights and overlapping responsibilities.

What we need to do is carefully decipher the issues at play to arrive at a solution which, even if it might not satisfy everyone, we can all live with. Many have jumped at the obvious thread and sought to frame it as a religious question. This is unfortunate not only because it is wrong, but because it threatens the inter-religious cohesion that we have worked so hard to preserve over six decades of nationhood. If we misdiagnose the problem, we will likely end up with the wrong solution. As any graduate of a second cycle institution would tell you, understanding the question is part of the exam.

What is rather an at issue, in my humble view, is the conflict between the age-old rules of these institutions, which were crafted to promote discipline, cohesion and academic performance and meant to be obeyed by all on one hand; and the specific circumstances of some groups for whom some of these rules may prove problematic.

School rules are of course “colour blind” and meant to be obeyed by all. And there are reasons for that. Boarding schools, in particular, go beyond the mere impartation of academic knowledge but take upon themselves the task of forming the minds and characters of the adolescents who enter its walls and halls.

To do this, it is established norm for them to infringe on some rights of these young individuals as expressed in Article 14(1e) of the 1992 Constitution of our dear Republic. For example, they may not leave the school premises without written permission; must dress in a certain way; must wake up from and go to bed at set times; and more relevantly to the current debate, have meals at set times. All these are rules that are known, predictable and ubiquitously enforceable.

There are good reasons for this. Established rules and regulations help guide acceptable behaviour. They also ensure that there is a safe environment for students themselves as well are teaching and non-teaching staff.

Above all, they help ensure that there is a conducive learning environment. They are not on-the-fly directives to assuage religious or other urges; they are carefully thought-through guidelines to achieve those ends. It is also good practice for when students enter the real world and have to adhere to myriad rules of conduct in and out of the workplace, even those they find very inconvenient.

On the other hand, our richly divergent society means that not all these rules are easily adhered to by all. Many of our schools are mission schools, originally built by religious sects before they were “taken over” by the government.

Church services are compulsory on most second cycle institutions but these schools also accept without discrimination, avowedly non-Christian students. Often, an accommodation may be reached where non-Christians or even those who adhere to different denominations, are allowed space and time to observe their religious rites.

Attendance at church service is however non-negotiable.
This time, a student is seeking to opt-out of the non-religious routine of nutrition for sustenance on account of religious reasons. So how do we reach accommodation?

I believe the circular from the Ghana Education Service was well-intentioned. But we must be careful not to open doors we cannot keep open. Are we able and prepared to make exceptions to all school rules to satisfy all religious practices? Because if we do for one group and cannot do for another, we open ourselves up to charges of discrimination – the very situation we are trying to avoid.

What schools ask is that you obey the rules. What they do not demand is that you change your beliefs. Attending the school-mandated church services does not make you a Christian if you aren’t one in the first place. In the same way, one might suggest that your presence at dining does not constitute an infringement of the rules of fasting if you do not partake of the food.

The school, after all, cannot force water into the house,
even if it insists on its presence by the stream. Therefore, a compromise might be that students who are fasting attend dining hall along with their colleagues, satisfying the school rules, but refrain from eating, thereby preserving their religious observance.

This might not be the answer that satisfies all of us, but it may well be the slightly unpalatable accommodation that enables us to move on. And in a liberal, diverse democratic society, this spirit of compromise is the vital fluid for our progress.

The writer is the Member of Parliament for Kwesimintsim and Vice Chairman of the Parliamentary
Select Committee on Education.