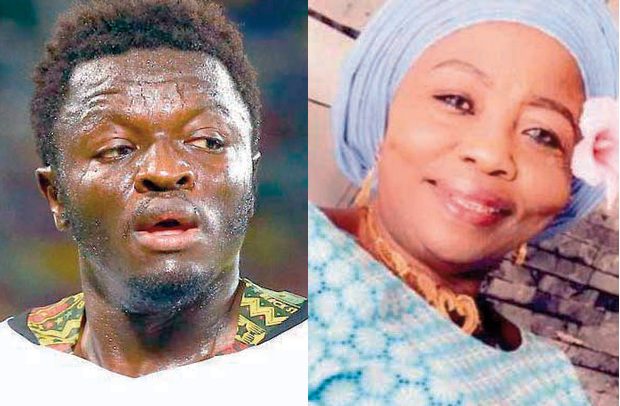 Reports gathered by DAILY GUIDE SPORTS indicate that the  popular mother died last Sunday after battling an ailment at Konongo in the Ashanti Region.

The late Kande was noted for her unflinching support for her two sons; Muntari and Muniru Sulley (ex Asante Kotoko star), who are footballers.

Many sports personalities, organisations, and journalists have taken to social media to console the Sulleys.

In 2009, the vocal mother dominated headlines when she stated openly on radio that the Black Stars are incomplete without the inclusion of his son – Muntari, who also featured for Italian outfit AC Milan and former EPL side Portsmouth.

And per moslem tradition, she has since been buried and it was the National Chief Imam, Dr. Sheikh Nuhu Sharabutu, who supervised the prayer of the deseased.