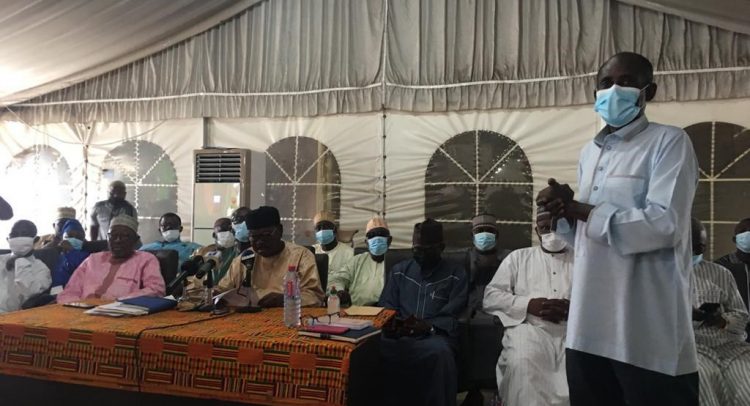 Assembly Member for the Gaare-Gbani Electoral Area John Millim Nabwomya, has been elected the Presiding Member of the Talensi District Assembly of the Upper East Region after a fourth attempt.

Mr Nabwomya was the sole candidate and polled all the 24 ‘YES’ votes that were cast in his favour.

It would be recalled that the Talesni District Assembly had struggled on three previous occasions and was unsuccessful in getting a Presiding Member elected as all the candidates failed to meet the two-third majority mark as provided by the Standing Orders of the Assembly.

The Assembly comprised 34 members including; 22 elected, 10 appointed and the District Chief Executive and the Member of Parliament for the area.

Dr Christopher Boatbil, the DCE for the area expressed happiness at the election of the Presiding Member, indicating that it would propel the development of the district.

He said although the operations of the Assembly Members at the local level were supposed to be non-partisan, it was not the case in the Talensi Assembly and that resulted in three failures to elect a Presiding Member.

The DCE noted that a lot of consultation was done involving major stakeholders including; chiefs before the Assembly Members resolved by consensus to put the interest of the district first by rallying behind the elected Presiding Member.

Dr Boatbil explained that due to the delay in the election of the Presiding Member, some of the activities of the Assembly came to standstill as committees could not be formed to take major decisions for the implementation of important projects.

The DCE urged the new Presiding Member to exhibit exceptional leadership that would ensure that all the Assembly Members worked and collaborated effectively with the technocrats at the Assembly to achieve accelerated development.

Dr Boatbil also advised members of the Assembly to maintain the spirit of unity and endorse the yet to be nominated DCE for the area as that would help the speedy development of the district.

The Presiding Member who expressed gratitude to the Assembly members for the confidence reposed in him, appealed to them to continue to inculcate in themselves unity and love to effectively work together.

Mr Nabwomya promised to operate an open door policy to ensure every idea was appreciated and played key role in developing the respective electoral areas.
GNA

Bike Rider Crashed To Death After Running Into Security Barrier