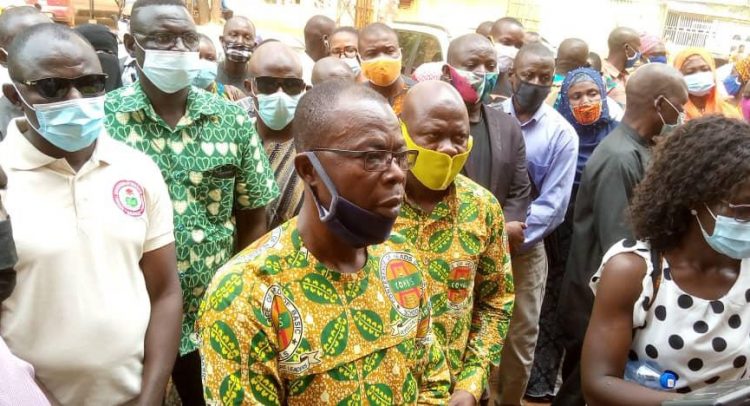 Teachers in the Tamale Metropolis of the Northern region have boycotted classes following an attack on their colleague headteacher and others.

The Headteacher of the Nyohini Junior High School ‘B’ and two others were on January 28, 2021, attacked at the premises of the school by some youth in Nyohini a suburb of Tamale.

DGN Online gathered that the Northern Regional Education Director transferred over 500 teachers from their stations to other schools in Tamale metro because some teachers had stayed in their various schools for over 19 years and the directorate believed that teachers overstay in the schools affected productivity.

The Nyohini Junior High School ‘B’ has performed very badly over the years and for that matter 10 teachers were transferred from the school with some teachers claiming the transfer did not go down well with the affected teachers, hence they mobilized the youth to attack the headteacher.

According to the teachers, the headteacher was accused by the affected teacher for masterminding their transfer.

The Conference of Heads of Basic Schools (COHBS) Chairman , Mr. Musah Adam led colleague teachers to storm the Northern Regional Education Office and presented a petition to the Regional Director of Education regarding the attack on their colleagues.

The angry teachers called for immediate arrest and prosecution of 6 ‘macho’ men who stormed the school premises and carried out the attack on the headteacher and other colleague teachers to serve as deterrent to the youth in the area.

The Conference of Heads of Basic Schools (COHBS) Chairman also demanded for an investigation to ascertain the actual cause of the attack on their colleagues.

“ until these conditions are met, we fear for our lives and shall not set foot in school let alone supervise teaching and learning.”

Meanwhile the Northern Regional Director of Education, Mr. Amatus D-Tug-Uu has constituted a five member Committe to investigate the attack on the teachers and appealed to the teacher to go back to school.