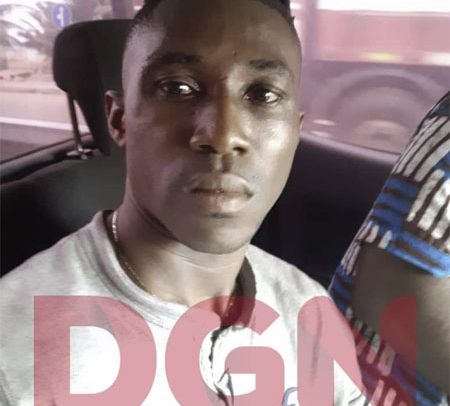 The suspected kidnapper of the three Takoradi girls who was arrested in neighbouring Togo through a special operation by the Ghanaian police has been hauled before a Sekondi High Court today.

He is facing charges of conspiracy to kidnap and kidnapping.

The Sekondi High Court presided over by Justice Hannah Taylor, remanded the alleged mastermind of the Takoradi kidnappings.

The suspect identified as John Oji, aged 29 a Nigerian
was remanded into police custody to reappear before the court on Wednesday, June 26.

The news that the Criminal Investigations Department (CID) of the Ghana Police Service (GPS) had made a major breakthrough in rescuing the three Takoradi missing girls by arresting a prime suspect was a relief for many.

Adelaide Kobire Woode, who led a team from the Attorney General’s Department, told the court that John Oji’s name has been mentioned in connection with the alleged kidnapping of three girls of Takoradi.