The Hilla Limann Foundation Celebrates The 42nd Anniversary Of The 3rd Republic; A Dive Into History 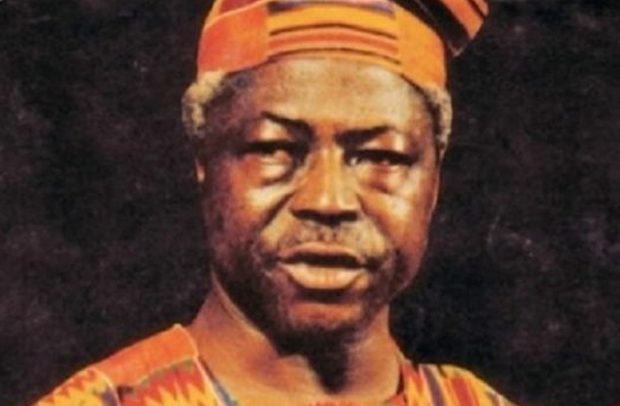 The 24th of September 1979 will always be remembered as a new beginning; the next chapter in the annals of Ghanaian history, after a series of disruptions. It was the day that ushered in the third republic under the PNP administration headed by the late Dr. Hilla Limann. The 24th of September 1979 was also significant because it also marked a rebirth of the late Dr Kwame Nkrumah’s vision for Ghana which was put to an abrupt end earlier in 1966 when the Nkrumah administration was overthrown coup led by Kotoka and his cronies. The PNP was supposed to be a continuation of the works of Nkrumah through Dr. Limann.

Prior to 1979, Nkrumah had set out to put Ghana on the path of industrialisation within a single generation. He built schools, factories, roads, hospitals and the great Akosombo dam. He also forged regional cooperation with Mali and Guinea and was one of the founding fathers of the OAU, all in a bid to attempt to unify the African continent.

By 1979, Ghanaians had developed a nostalgia for the days of Nkrumah who had been deposed in 1966. They had begun to understand his vision and soon grew disillusioned by the Military who had taken charge since 1972. Corruption and nepotism was at its peak, there was food and social amenities shortages. Gross indiscipline was the order of the day and the Military at the time, was at the helm of it.  The high profile killing of key members of the society including members of the judiciary and former military leaders by the then Head of the AFRC , FLT Jerry John Rawlings sent shock waves throughout the country and that was the last straw. Ghanaians decided they have had enough and longed for a return to constitutional rule.

Dr Hilla Limann, was a young diplomat who after several years in the public service had decided to retire from public service and stand as an MP in his home constituency in the now upper west region of Ghana. As a young man who had experienced the harshness of life at an early age, he beat the odds to become a diplomat after financing his own education in the United Kingdom and France. He returned to Ghana in 1965 and grew passionate about the struggle of the average Ghanaian and wanted to contribute to changes that could signal a new beginning for people of depraved conditions in particular. When the late Imoro Egala was banned from taking public office, the mantle fell on Limann who was relatively unknown in the political circles. Being a novice did not deter Limann from putting together a formidable campaign under the auspices of the Peoples’ National Convention (PNP). He travelled the length and breadth of the country to deliver the parties manifesto that seemed to resonate with Ghanaians at the time.

Limann becoming flagbearer of the PNP which was an offshoot of the CPP was a big step in his political career. Although greatly influenced by Dr. Kwame Nkrumah and eager to continue carry out his good works, Dr. Limann was quick to shoot down the assertion that he was the replacement of the late great Nkrumah and thus belonged to the Eastern ideological bloc. This was best demonstrated during his interview with the Christian Messenger in 1980, when asked about his ideology and his response was that his ideology is Ghana and her salvation, adding that, ideological bickering will not help anybody and will actually do nothing to revamp the then ailing economy.   Dr. Limann was thus able to breathe new life in Kwame Nkrumah’s vision and policies. After a vigorous campaign and a runoff, the PNP and Limann won the 1979 election by beating his closest contender Victor Owusu of the Popular Front party.

Without much time, Limann was able to put together a team that formed his government. His cabinet team included such eminent personalities as Dr I.K Chinebuah, Dr F.K Buah, Col. David Zanlerigu, Prof. George Benneh and Dr John Nabila. It also had Dr Kwaku Andoh and Kwamina Ocran, to name but a few.  This was a formidable team that worked tirelessly under the leadership of Dr. Hilla Limann to turn the fortunes of the country around. It is therefore hardly surprising that as at the time of his overthrow in 1981, Limann had achieved a lot in two years. He had built the Kpone dam, constructed roads and major bridges, improved the aviation and shipping lines by buying additional fleets of planes and ships. He had ended the economic blockage that plagued the country before he assumed power and ended shortage of food and basic social amenities. The economy by 1981 was on track and more could have been achieved if the coup headed by Ft LT Jerry Rawlings hadn’t happened.

As to what the Limann administration would have achieved if it had been allowed its four year mandate can only be a subject of speculation. But one thing is for sure, the 1981 coup headed by FLT LT Jerry Rawlings was a derailment of the progress Ghana had chalked under the PNP administration.

Limann died on the 23rd of January, 1998 after an unsuccessful attempt to regain power through the 1992 election which saw Ghana return to constitutional rule under Ft Lt Jerry Rawlings. Limann was survived by a wife and 7 children.

In an effort to preserve his legacy and propagate his ideals, the Hilla Limann Foundation was launched in 2008 by his family. Numerous projects under the foundation have been planned and some put into effect to empower the youth and support them in various engagements relating to education, trade and leadership. The Hilla Limann Foundation has taken up the mantle of effecting positive change amongst the Ghanaian youth, one person at a time.

As we remember the 42nd anniversary of the inauguration of the 3rd Republic, we can only hope that in this case, HISTORY doesn’t repeat itself with unmerited coup d’etats which brings only justified disruptions to nation-building and untold hardships to the citizenry.  We should continue to stay the course of constitutionalism that our great nation has embraced under the 4th Republic and cherish the only Nation we have by doing all in our power to uphold our Constitution.

Another Daylight Robberies At Weija, Tema, Robbers Bolt With Cash